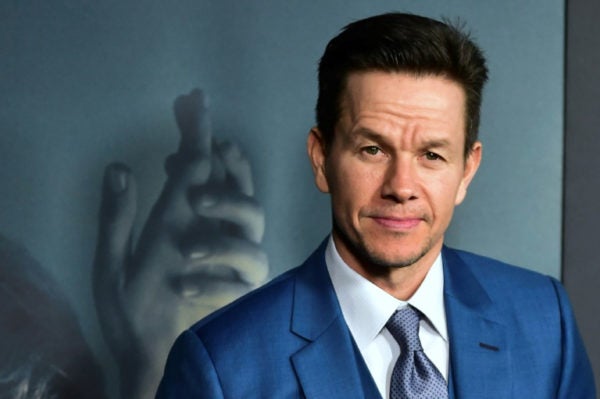 American actor Mark Wahlberg announced Saturday he would donate $1.5 million (1.2 million euros or approximately P76 million) to a legal fund for victims of sexual harassment following a controversy over the massive pay gap between him and a female co-star.

Ridley Scott partially re-shot his latest movie, “All the Money in the World,” after Kevin Spacey was fired due to sexual misconduct allegations, with both Wahlberg and Michelle Williams called back to act opposite Spacey’s replacement, Christopher Plummer.

Williams was reportedly paid less than $1,000 while Wahlberg made $1.5 million for reshoots on the film.

“Over the last few days my reshoot fee for ‘All the Money in the World’ has become an important topic of conversation,” Wahlberg said in a statement.

“I 100% support the fight for fair pay and I’m donating the $1.5M to the Time’s Up Legal Defense Fund in Michelle Williams’ name,” he said.

The Time’s Up initiative was unveiled by more than 300 major actresses and female writers, directors, agents and other entertainment executives earlier this month.

“We fervently urge the media covering the disclosures by people in Hollywood to spend equal time on the myriad experiences of individuals working in less glamorized and valorized trades,” the group said in a full-page ad in The New York Times.

The initiative caps a year in which the Harvey Weinstein sexual misconduct scandal touched off a deluge of allegations that brought down powerful men in entertainment, politics and the media, prompting companies, government agencies and even the US federal court system to re-examine harassment policies. NVG

#TimesUp: This is Why Celebrities Wore Black to the Golden Globes

Read Next
‘The Expendables 4’ may be back in production
EDITORS' PICK
Palace: Malls, establishments may require customers to use of face shields
Syringes for Pfizer vaccine arriving on December 2 — NVOC chairperson
Smart offers wireless fiber-like speeds to Filipino homes with country’s first 5G Prepaid Home WiFi
Legarda: Ending Violence Against Women, a cause for all
This new condo in the South will make you want to turn a new leaf
Disease expert: Omicron variant may behave like Delta
MOST READ
Bongbong Marcos to face another disqualification case
COVID resilience report that ranked PH last lacked country-specific context — Palace
Christine Bersola, Julius Babao cleared of cancer after colonoscopy, endoscopy
FDA OKs COVID-19 booster shots for adult general population
Don't miss out on the latest news and information.