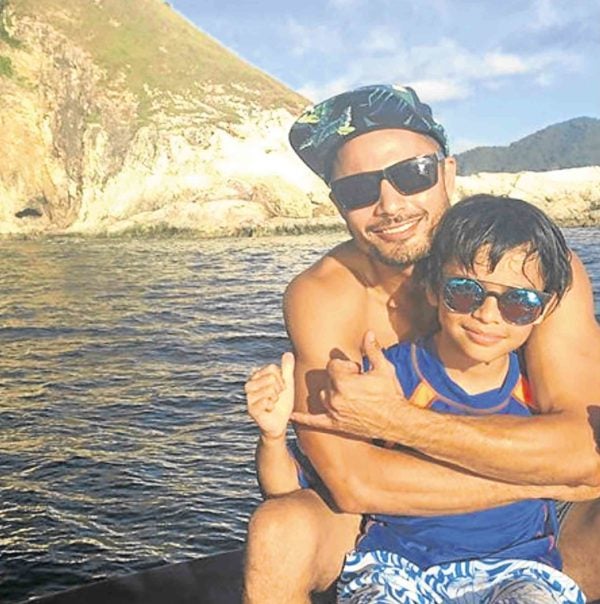 Derek Ramsay got to spend the recent holidays with his 14-year-old son Austin Gabriel, who’s vacationing from Dubai.

Derek, who won best actor for “All of You” at the Metro Manila Film Festival, brought Austin along to the grand Parade of Stars held in Muntinlupa two days before Christmas.

“It was great to share with him the experience of making many people happy,” Derek told the Inquirer.

Right before Christmas, Derek gifted Austin with a gaming laptop called Alienware, which the kid now treats like a cherished baby. Derek’s official Christmas present, however, was a pair of Austin’s “favorite Jordan shoes.”

Immediately after the awards night, Derek took Austin to San Vicente, Palawan, where they welcomed 2018 with his girlfriend, model Joanne Villablanca, and the rest of the clan in relative tranquility—away from the hustle and bustle of the biz.

“It’s the best feeling in the world to be able to spend time with him the entire season,” related Derek, who will next appear in Brillante Ma Mendoza’s TV5 series, “Amo.”

“Austin is growing up so fast. He is such an amazing kid, and the time we spent together over the holidays was just perfect!”—BAYANI SAN DIEGO JR.