Back home to stay 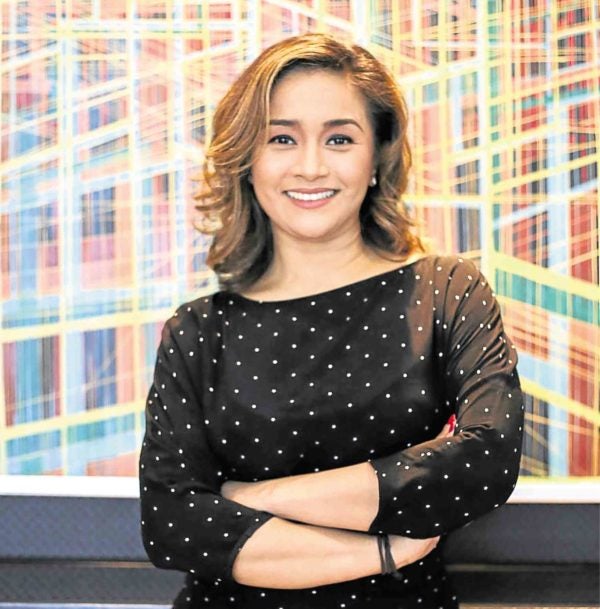 Much more popular and valued in musical-theater circles abroad than in these parts, she’s played and sung in the best roles and productions to great acclaim, but has been away for extended periods so often that local audiences haven’t been able to savor and appreciate her unique musical gift—until “Ang Larawan” at the 2017 Metro Manila Film Festival (MMFF).

Playing the plum role of Candida in the musical film, Joanna was finally able to sing her way into local viewers’ heart of hearts, and they belatedly saw and heard for themselves what the “global” fuss over Joanna was all about.

Even better, the role of Candida was also challenging and demanding from a thespic point of view, so Joanna did not just have to sing feelingly and fabulously, as is her usual wont, but also needed to vivify a sensitive and conflicted character.

The test was made even more challenging by the role’s proud and sterling provenance: Candida had originally been portrayed onstage by no less than the peerless stage actress, Daisy Hontiveros-Avellana, who has been hailed as a National Artist for the thespic arts.

In addition, Daisy had also played Candida in the film version of Nick Joaquin’s original play in English, “A Portrait of the Artist as Filipino,” in the ’60s.

So Joanna’s portrayal in “Ang Larawan” could be compared to the restored original film, for even closer and more rigid scrutiny.

But, to her credit, Joanna came up with a screen portrayal that stood up to the high standard set by the original—and she took the extra thespic step of making the role her own.

The big performance test for any actress playing Candida is the dramatic highlight in the storytelling, when the electricity in the Marasigan home is abruptly cut off, and Candida thinks that it’s because they couldn’t pay the electric bill.

She thus has a big emotional breakdown, because the neighbors “must” be gossiping about her family’s penury—only to belatedly realize that the entire street is dark, due to a “practice blackout” before World War II.

The long scene is supposed to be a big thespic test for any actress playing Candida, due to the radical shift in emotions it requires—and Joanna more than passed muster.

That’s why she romped off with the 2017 MMFF’s best actress award, which was generally deemed to be richly deserved.

After that signal “homecoming” triumph, we hope that the now better-known and appreciated singer-actress will decide to come home to stay—and that theater and film producers here will come up with musicals and films to appropriately showcase her talents.

We hear that a repeat staged production of “Ang Larawan” is being discussed—but, aside from that, Joanna should topbill a new musical made especially for her exceptional abilities.

Why not a new stage musical on the colorful and significant life and times of zarzuela queen, Atang de la Rama?