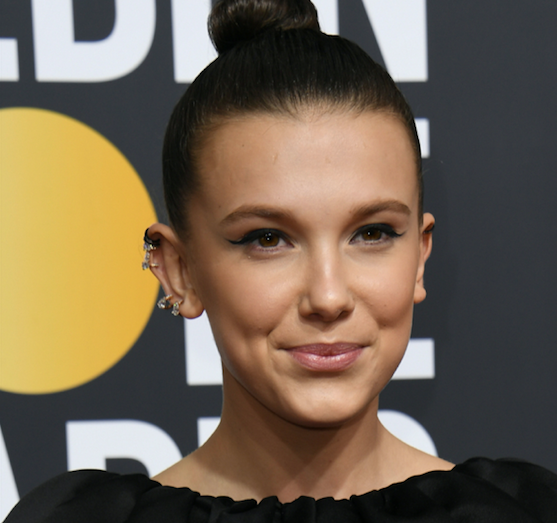 Super-famous for her appearances as the mysterious Eleven in hit series “Stranger Things”, Millie Bobby Brown has added a Sherlock Holmes spin-off to her upcoming slate.

First published in 2006 with “The Case of the Missing Marquess”, the Enola Holmes Mysteries grew to encompass six distinct adventures by the time Nancy Springer’s series concluded in 2010.

Two were put forward for a prestigious Edgar Award, an accolade that Springer had twice won the decade previous, as The Great Detective’s runaway younger sister solved a sequence of troubling cases throughout the series.

Crucially, the skilled young sleuth does so while outwitting her elder brothers Sherlock and Mycroft, neither of whom understand her reasons for wanting to avoid corsets and boarding school.

Enola Holmes provides an alternative view on a world that Sherlock more readily accepts, and Millie Bobby Brown will bring the character to life for Legendary Entertainment, according to a Deadline report.

Brown is already familiar with Legendary, given that she co-stars in 2019 MonsterVerse movie “Godzilla: King of Monsters” alongside Sally Hawkins (“The Shape of Water”), Vera Farmiga (“Bates Motel”) and Bradley Whitford (“The West Wing”, “Get Out”).

She already has a production company of her own up and running and comes on board not only as lead actress but also as one of the film’s producers. JB