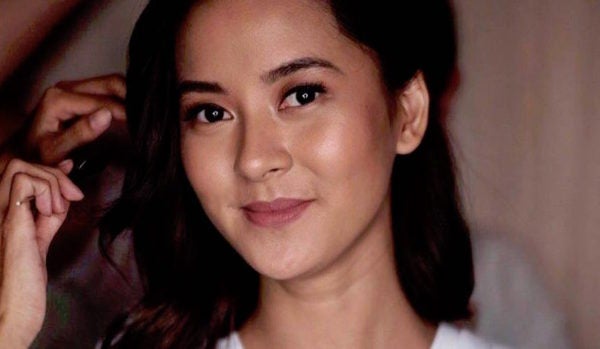 Television host Bianca Gonzalez has always been vocal about her thoughts, which she shares to followers through her social media pages. This time, she could not help but pose a question.

“Too much negativity with some fans bashing their idols’ perceived rivals. Kelan ba naging ganito? (When did this happen?)” Gonzalez tweeted with curiosity on Tuesday.

“Pwede naman maging civil kung di mo talaga bet (You can be civil if you do not really like someone),” she added.

Because of her tweet, one netizen asked Gonzalez to name who she was referring to. “This kind of tweet will just fuel more negativity. [I]f it’s clear who you were referring to, maybe the fans can address your concern,” @nasasprismworld wrote.

Not stopping there, the commenter pointed out that Gonzalez is “a media practitioner” who “should know better.” “Also, maybe this isn’t a simply ‘hindi bet’ situation,” the netizen added. 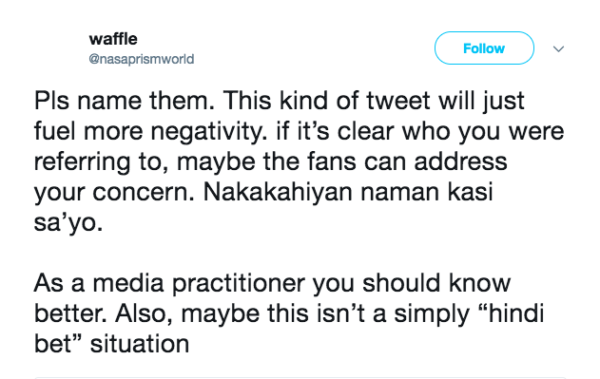 On this note, Gonzalez fired back that it was the netizen’s comment that fuels the negativity, because it implyies that the bashers are in groups; she asserted that bashing relies on the individual.

Meanwhile, another netizen answered back at her first tweet by sharing a quote from Wolfgang Amadeus Mozart’s comic opera, “The Marriage of Figaro”.

Once again, the television host replied that everyone was free to criticize. “Pero iba ang criticizing sa bashing/pambabastos/pambabalahura (But criticizing is different from bashing/humiliating/being vulgar),” Gonzalez shot back.

So far, Gonzalez has not opened up on who or what kind of bashers she was referring to, leaving netizens speculating. JB