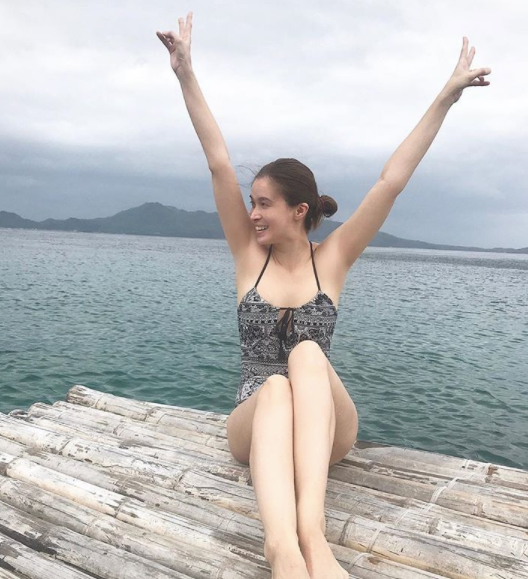 She is truly the epitome of flawless.

Kapamilya actress Sunshine Cruz has again set the online world buzzing with her sexiness and flawlessness that she has maintained until this day.

In a recent Instagram post, Cruz unapologetically posed in a printed one-piece black bikini as she enjoyed the open sea. But what mostly captured the netizens is her porcelain white underarms she proudly displayed high above the air revealing her unblemished skin.

She captioned her post: “Look forward with hope rather than backward with regret. I’m so ready for 2018!”

Netizens could not help but speak out about the actress’ natural beauty. 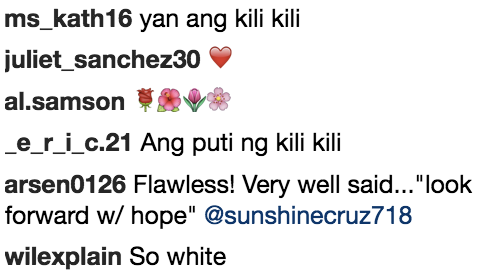 She was in the ‘90s, among the celebrity “crush ng bayan (people’s crush).” It is because of her faultless complexion that she was dubbed “materyales fuertes.” Now at 40 and a mom of three teenagers, she’s still as smokin’ hot as ever.

Aside from her talent and achievements as an actress and singer, she has been known for her controversial separation from ex-husband, actor-politician Cesar Montano, over alleged infidelity by Montano. Cruz is now in a relationship with Macky Mathay, the half-brother of actress Ara Mina.

She appears as Camia Cruz in the hit Kapamilya afternoon series “Wildflower.”

Sunshine Cruz looks youthful at 16 and at 40

Duterte says he won’t allow any intrusion in Philippine Rise