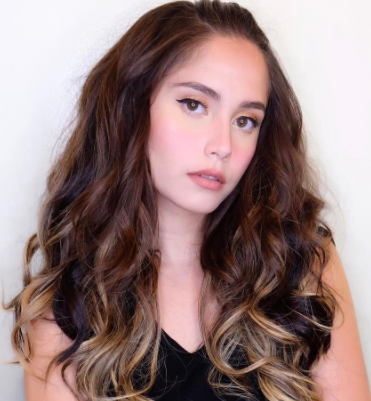 Despite their controversial past, Kapamilya actress Jessy Mendiola said she is willing to work with ex-boyfriend JM De Guzman should they be given a chance.

In a recent report by ABS-CBN’s TV Patrol, the actress confidently said she has no apprehensions about such possibility.

“Basta sa akin (For me), as long as he is okay, he is happy, he has fully recovered and he is ready to work, good luck sa kaniya. I am very happy for him too,” she said.

She also wished De Guzman the best, noting that everyone deserves a second chance.

It was in 2015 when their relationship ended and since then, controversies about the real reason for their break-up hounded the two. De Guzman also got involved with substance abuse, which had been the reason he was out of the limelight for some time.

Some netizens even blamed the actor’s downfall to his failed relationship with Mendiola.

But the actor proudly informed his supporters that he has been ‘substance-free’ in the past two years. He posted a photo of his certification in his Instagram account, and his fans were just happy for him.

The award-winning actor is now making his showbiz comeback via the different projects planned for him by home network ABS-CBN this 2018.

One of his most notable movies was the sleeper hit “That Thing Called Tadhana” released in 2014 opposite another Kapamilya actress Angelica Panganiban.