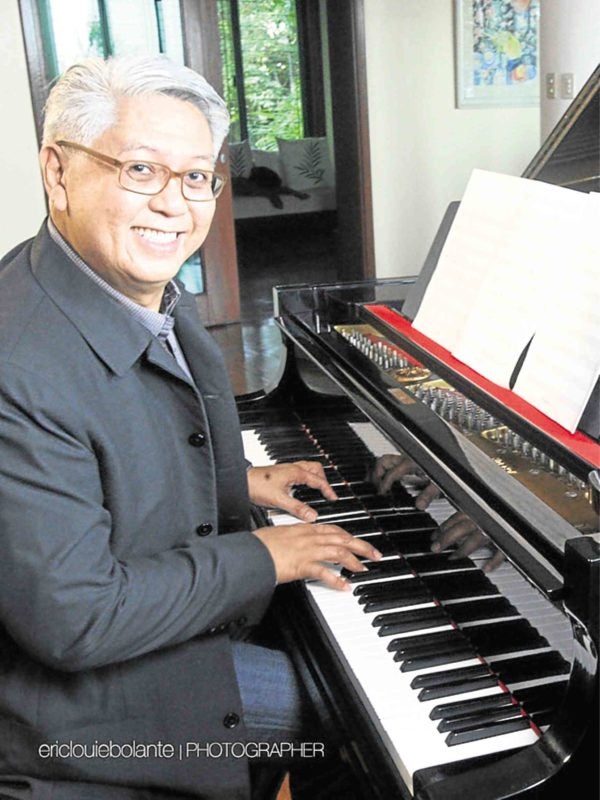 Esteemed musician-composer Ryan Cayabyab, who won the best musical score award at the recent Metro Manila Film Festival (MMFF) for his work on the screen musical “Ang Larawan,” said there’s no greater reward than seeing viewers sing and hum on their way out of the cinemas.

“‘Uwi na tayo la-la-la! Saan na tayo kakain? Nagugutom na ako, la-la-la.’ Moments like those only show that the people had a happy experience; there’s a lighthearted feeling,” he told the Inquirer.

Cayabyab, who last won the same honor at the 1993 MMFF for the drama “Kung Mawawala Ka Pa,” believes that when one makes consuming art enjoyable, everything else follows—“all the underpinnings and layers, baon-baon na nila ’yun.”

“The film is not only entertaining,” he said of “Ang Larawan,” which also won best picture. “It will also make you think.”—ALLAN POLICARPIO

Read Next
‘Complicated’ nerve disorder slows down Solange
EDITORS' PICK
Duterte meets with Cayetano, Velasco amid speakership issue
Feud is over: Velasco next Speaker on Oct. 14
Water remains our saving grace right now
House to probe Facebook takedown of gov’t accounts
Get 80% OFF Ignite 2020 Cyber Tickets starting 28 September
Smart poised to turn PH into ‘Smart 5G country’ with nationwide rollout
MOST READ
Velasco to take over as Speaker on Oct. 14
Duterte will ask Congress to abolish PhilHealth
LOOK: The Mountain from ‘Game of Thrones’ welcomes first son with wife
Duterte meets with Cayetano, Velasco amid speakership issue
Don't miss out on the latest news and information.