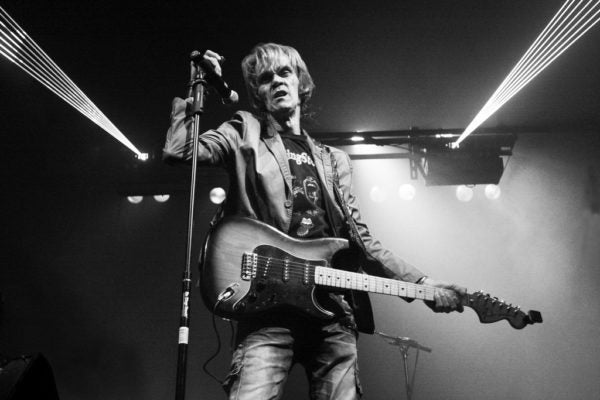 When confirmed reports came in that “The Father Of Pinoy-Rock” Pepe Smith suffered a stroke just days before the ‘Pepe Smith Rockfest’ was going to be held at the Amoranto Stadium, I was shocked and saddened by the news.

It made me fear that he might possibly die, and trust me when I say if that had happened, we would have seen an outpouring of emotions like never ever before, especially from Rock bands and artists and anyone else who has been a fan and follower of Pepe Smith.

‘The Pepe Smith Rockfest’ was to be a one-night music festival dedicated to him that would have showcased some of the premier and greatest active rock bands of the country, and the living legend Pepe Smith would have headlined it.

This was to be a rare and major event that many, and I mean many, wanted to attend. Unfortunately, Pepe Smith’s health declined for the worse. He cannot be faulted for that because he is one of the hardest working artists in the local music industry. That inner drive to perform that he has possessed decades since his time in the Juan de la Cruz band never left him.

Some say it was the stress that got to him while others, of course, would cite his age.

But for me, I am looking at the bigger picture here. I interpret the incidence of Pepe Smith’s stroke as a sign and a wake-up call to everyone to acknowledge, respect, and honor him while he is still alive.

I was never the type who would wait for an artist to pass away before I would show him my appreciation for the music he has created and the musical influence he has gifted every musician or aspiring musician wishing to form a band or pursue a solo career.

Pepe Smith is like no other. I truly admire the man for being who is, for embodying that true Rock N’ Roll spirit, and being an inspiration to countless Filipino artists and bands here in the Philippines as well as to other Filipino artists found the world over.

Pepe Smith is “The Father of Pinoy-Rock”. That is not a moniker or an alias. He is that. Let no one ever question or doubt it!

The Living Legend has given 60 years of his life to an industry!!! To an art form. To an unmistakable passion. Sadly now, decades have passed by without a thought, a realization, or, in fact, an acknowledgment of the man for everything he has done, contributed, and accomplished. What are you waiting for?!

Let us be brutally frank here. I honestly believe many have taken Pepe Smith for granted. Some are so narrow-minded and stuck in their negative perceptions of him that they fail to realize why he is so important to all of us.

Even when I was a kid, I had an idea of who Pepe Smith was. I began to be aware of his importance in my teens. And now that I am an adult, I fully comprehend, realize, and accept why Pepe Smith is “The Father Of Pinoy-Rock”.

So, the big question here is: How come so few, in all these decades, have written about him? And for those who have belatedly begun, are doing so only now, after Pepe Smith suffered a stroke?

I, in fact, wrote about Pepe Smith in my article entitled: “My thoughts on the legendary Pepe Smith” which came out last year May 17, 2016. Read it and you will see there in that said article of mine how informed and aware I have been of Pepe Smith long before.

I truly believe despite Pepe Smith’s old age and his body already well past it’s physical peak, there is one thing that has never aged or gotten older with him and that his heart… to keep rocking, to keep singing, to keep playing his guitar, to keep performing, to keep composing songs. Aren’t all those things the true essence of what Rock N’ Roll is all about?!

Let not another year pass without honoring, acknowledging, and respecting the man.

For me, Pepe Smith is the bravest and toughest man alive today in OPM, in the local scene, and in Pinoy-Rock!

I say, long live Pepe Smith, “The Father of Pinoy-Rock”!