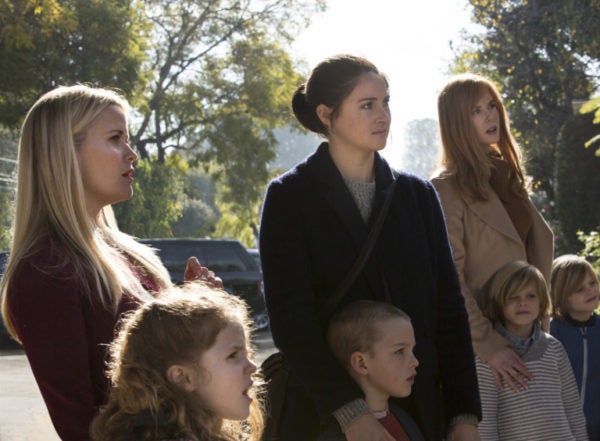 Fans of the Nicole Kidman, Reese Witherspoon, and Shailene Woodley mini-series “Big Little Lies” are being rewarded with a second season, most likely being prepared for early 2019.

One of 2017’s best shows, “Big Little Lies” was recognized with an eight-award, ceremony-scooping run at the Primetime Emmys in September.

Now the school mom crime drama is heading towards a second season, with production expected to start in 2018.

The show’s leading trio are all expected to return: Nicole Kidman, Reese Witherspoon and Shailene Woodley are reprising their roles, with Witherspoon dropping out of sci-fi movie “Pale Blue Dot” in order to make room in her schedule.

That’s the inference taken from her withdrawal, at least, as TV Line’s sources say HBO is now looking at a Spring 2018 start to production.

At this point, director Jean-Marc Vallée is not expected to remain in place: his next TV show, an adaptation of Gillian Flynn novel “Sharp Objects”, is heading towards a mid-2018 debut, also on HBO.

Liane Moriarty, who wrote the original “Big Little Lies” novel, was contacted over an extension of the story earlier in the year.

The show’s first season entered production in January 2016 for a February 2017 debut, meaning season two could arrive early 2019 should the same timeline apply.

Nicole Kidman, who has appeared in sci-fi romcom “How to Talk to Girls at Parties”, chilling horror “The Killing of a Sacred Deer”, wartime thriller “The Beguiled” and episodic police procedural “Top of the Lake: China Girl” over the course of 2017, has roles in 2018 features “The Upside”, “Aquaman” and “Boy Erased” to come.

Reese Witherspoon starred in romantic comedy “Home Again” and cameoed in an episode of “The Mindy Project”; has a leading role in 2018’s “A Wrinkle in Time”; and is also involved in “Tinker Bell”, “Wish List”, and an unnamed TV project with Jennifer Aniston.

Also in 2018, Shailene Woodley will become the extreme weather heroine of “Adrift”.

Kidman received a Primetime Emmy for her performance in “Big Little Lies” and, along with Witherspoon and the rest of the show’s producers, collected the Outstanding Limited Series accolade.