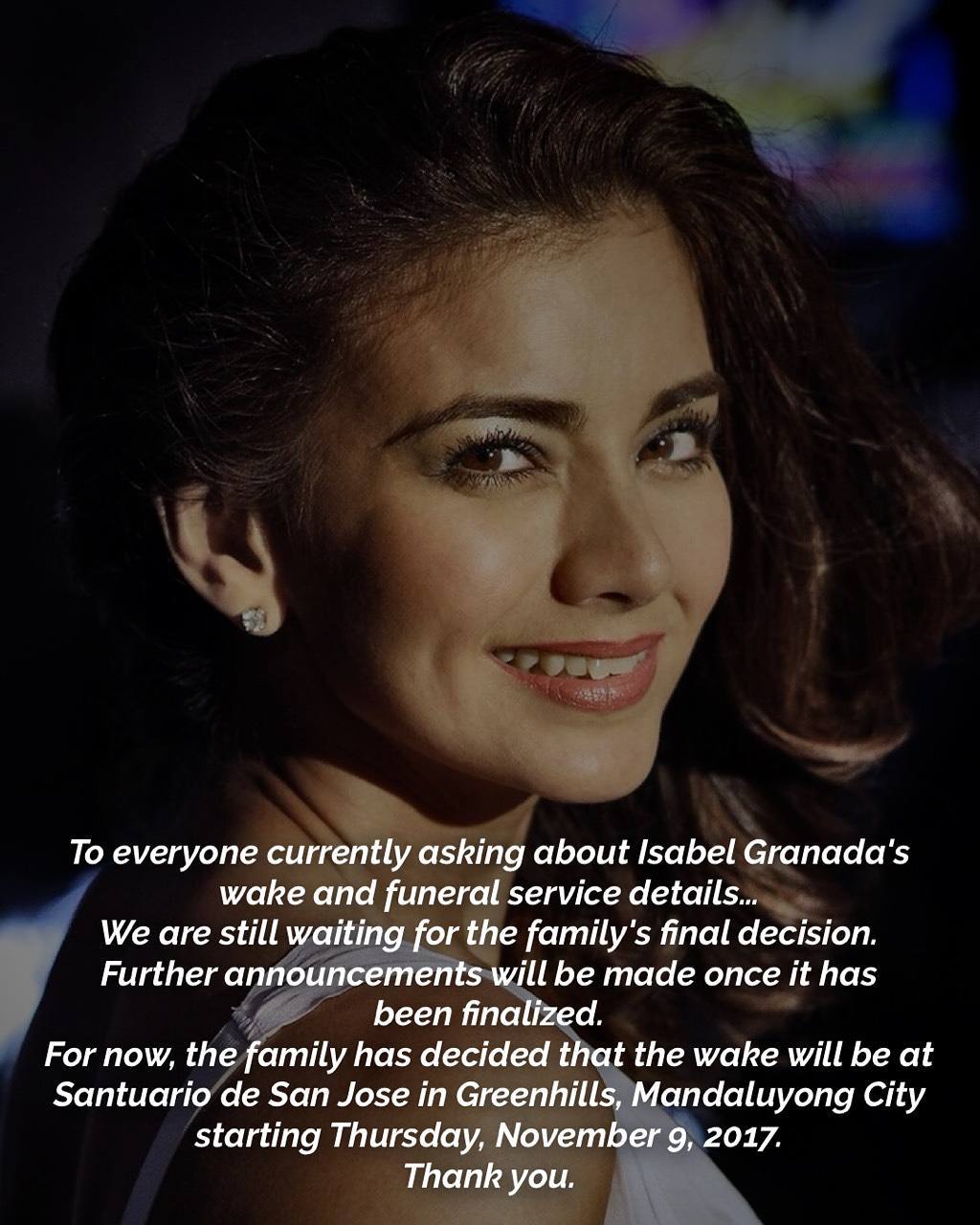 Isabel Granada’s wake will begin on Nov. 9 at Santuario de San Jose in Greenhills, according to actress Bianca Lapus.

On Instagram, Lapus provided an update on preparations being made for the wake of the late actress.

According to her post, she and a number of Granada’s close friends have been busy planning for the wake and funeral service. 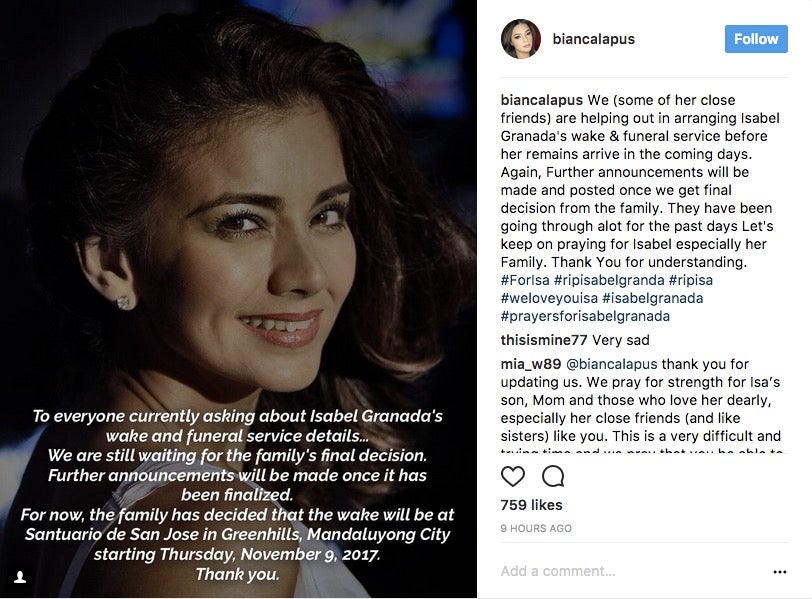 Lapus assured those who sent inquiries that further announcements will be made once Granada’s family has made their decision.

She asked for understanding and sympathy given what the family is going through.

Isabel Granada passed away on Nov. 4 at the Hamad General Hospital in Doha, Qatar. She was 41.

The actress was reported to have suffered from aneurysm, which led her to collapse at an event. She then slipped into coma.

She and her husband, Arnel Cowley, were visiting Doha for the Philippine Trade and Tourism Conference, which was held on Oct. 20. NVG