Sunshine Cruz outed an employee who bashed her on social media after she and her family vacationed in a Batangas resort.

The security guard named Marjorie Mojica called the actress “suplada” (snobbish) and “loka” (crazy)  because she allegedly refused to take a picture with her. 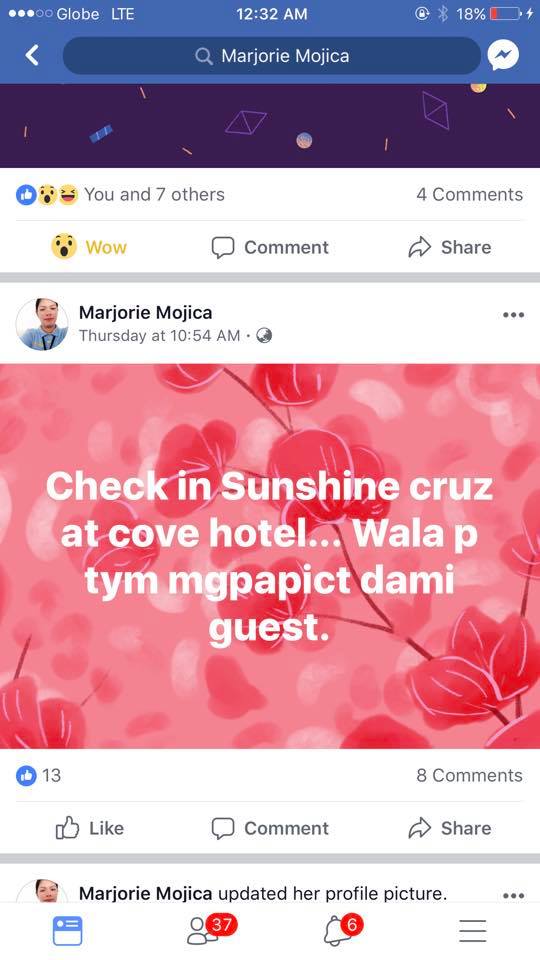 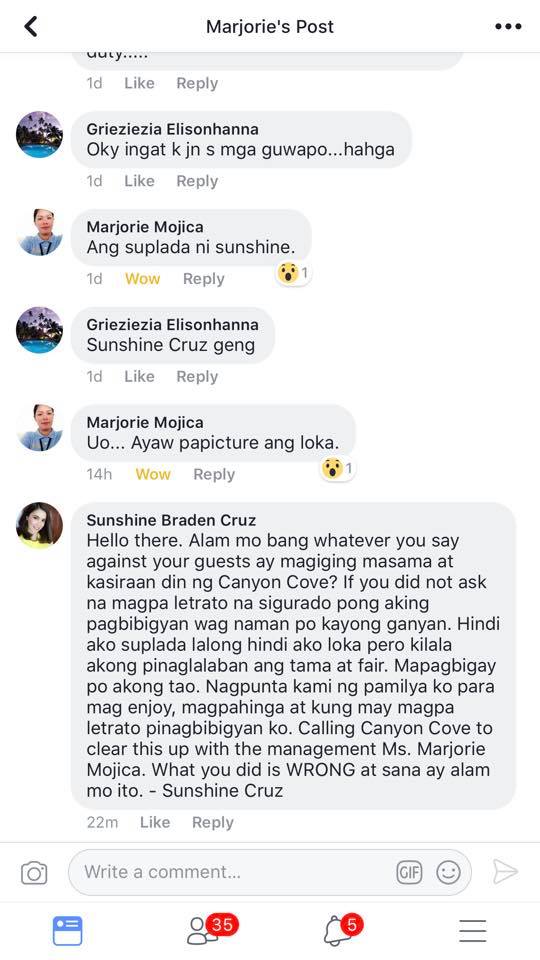 She also posted a status that said “Suplada c sunshine… Kalbo naman kasama.” (Sunshine is a snob; her companion is bald). 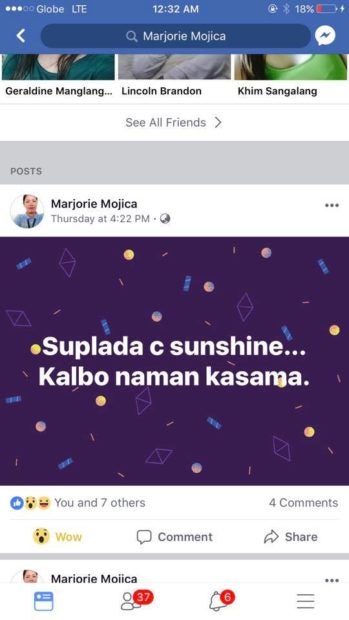 The male companion she was referring to was Cruz’s boyfriend, Macky Mathay, who also brought his kids to vacation with the “Wildflower” actress and her daughters.

On her post, Cruz called the behavior “unprofessional” and tagged the Nasugbu resort, Canyon Cove Hotel and Spa.

She also addressed the employee: “Marjorie Mojica, please learn to respect the privacy of your guests and don’t bash us on social media.”

Cruz noted that she had tolerated the resort’s poor service, which included waiting for two hours to receive ice and water, their failure to deliver the children’s pillows and blankets, and serving of raw food.

She clarified that she had accommodated requests for pictures, and called on the resort to better train their staff.

“Sana po ay marunong rumespeto ng kapwa ang inyong empleyado.” (I hope that your employee knows how to respect others.)

Supporters have attested to Cruz’s kind nature and that she was not one to turn down requests for photos with fans.

In a comment on Cruz’s post, the resort’s management issued an apology and cited the employee’s actions as an “isolated incident.”

“Please be rest assured (sic) that this is an isolated incident and we will not tolerate such acts from any of our staff. The entire security team have all been taken to tasked (sic),” the resort’s management wrote. JB