Tabi Po, a graphic novel – and a TV masterpiece

Growing up, we were told countless tales about this infamous miscreation in Philippine folklore known as aswang. Always depicted as a flesh eating and ruthless creature hunting for its prey, is that what they really are – mindless killing ghouls? 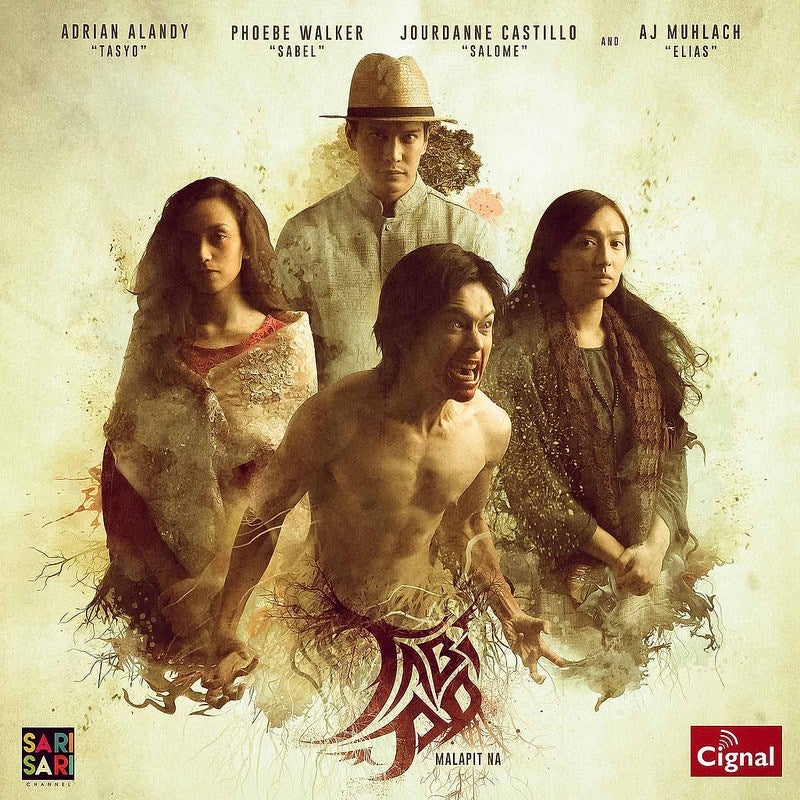 Cignal TV, through its SARI SARI Channel, brings you a brave and bold TV series about the lives of aswangs in “Tabi po”.

Tabi Po tells the story of Elias, a neophyte aswang. Born from a tree during the country’s Spanish era, Elias embarks on a journey with two older aswangs, Tasyo and Sabel, in the quest to understand their true nature. Along the way, Elias meets Salome, a sex slave of the friars, and falls in love with her. In the middle of a rising revolution, Elias is forced to face his own battles – his love for Salome versus his hunger for flesh, the growing rift between himself and Tasyo, the society’s stigma with aswangs, and the battle with his own inner demons.

Unlike anything on TV now, Tabi Po shows love, beauty, amidst the horrific lives of these creatures called aswang. Where did they come from? What is their purpose? Is there more to the massive killing, gore and bloodshed typically associated with them? Know the untold stories behind the aswang in this new cinematic tv masterpiece.

Find out which side will prevail, Elias’ true bloodthirsty nature or his deep feelings for the girl he loves the most. This epic tale premieres on October 27, 2017, and will air every Friday at 8:00 PM until December 1, 2017. Catch it on the SARI-SARI Channel, brought to you by the Philippines’ premier pay TV provider, Cignal TV.

Get teasers and trailers here: Facebook.com/SariSariPHChannel