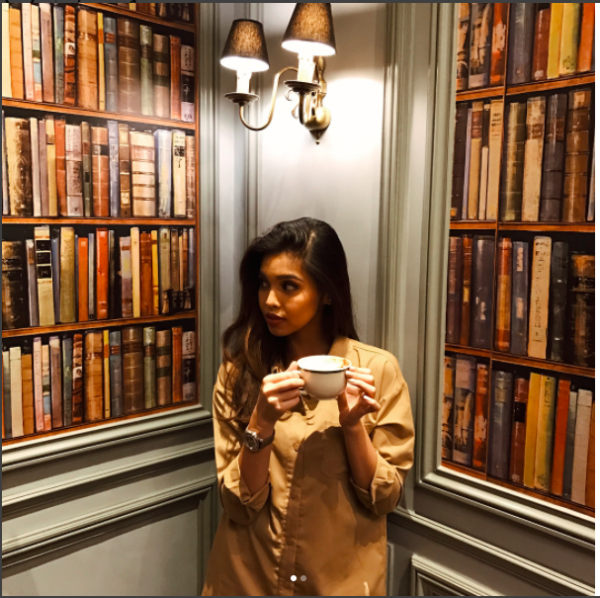 Fans of “Eat Bulaga” host Maine Mendoza have something to look forward to again. The it-girl announced that she will launch her own book.

In her Facebook post, she gave a sneak peek of her first book titled “Yup, I’m That Girl”. The book will retail for P295 and will be sold in bookstore and newsstands. No word yet as for its official release.

Mendoza launched her career in 2015 when she joined the hit noon time series as the silent yet funny maid character to Lola Nidora (played by comedian Wally Bayola in drag), named Yaya Dub.

Her accidental pairing with actor Alden Richards soon sent her to superstardom, causing the show’s ratings to go through the roof, attract legions of fans who collectively call themselves AlDub Nation, and snagging the record on Twitter for the most used hashtag in 24 hours.

While generally known as a funny and lively celebrity who gels well with the rest of her co-hosts, Mendoza has also shown that she can make a stand among her contemporaries in the show. She recently answered co-host Joey de Leon live about his comments on depression, by telling him that the condition is real and those who have it should be understood and supported. De Leon has since apologized for his remarks. JB

Maine Mendoza to ‘hateful’ fans: ‘Enough with the foul words’

Joey de Leon dismisses depression as just ‘made up’ on ‘Eat Bulaga’; Maine Mendoza says it’s not a joke