Maine Mendoza to ‘hateful’ fans: Enough with the foul words 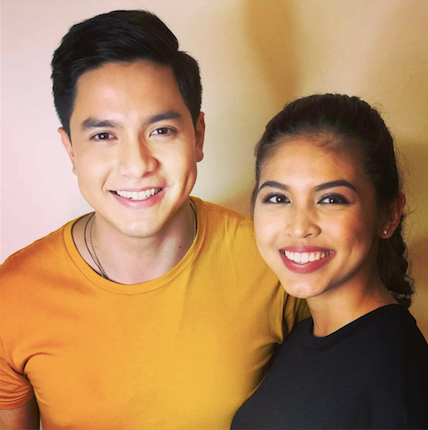 Maine Mendoza reminded the “Aldub Nation,” or fans of her loveteam with Alden Richards, to behave and do away with hate.

In several tweets on Thursday, the “Eat Bulaga” comedian-turned-actress fretted about how several fans spewed anger toward others on social media.

“I do not get how people can throw so much hate on others. I mean…inano ba nila kayo? (What were they doing to you)?” she exclaimed.

Later on, a Twitter user asked who was Mendoza referring to in her scorching rant—whether it was Mendoza’s closeness with co-star Sef Cadayona or Gabbi Garcia’s appearance in the noontime show “Eat Bulaga” last Tuesday—which became a stirring topic within the “Aldub Nation.”

“Dapat ba laging may pinagtatanggol? Hindi ba pwedeng sabihin kung ano ‘yung tama? (Do I always have to defend someone? Can’t one just state the truth?) Oh, by the way, that tweet is for you all,” Mendoza shot back.

“I know how much you love us and how hard you try to protect us but enough with the foul words, guys…Hindi na tama (It’s not right),” she added.

I do not get how people can throw so much hate on others. I mean.. inano ba nila kayo?

I know how much you love us and how hard you try to protect us but enough with the foul words, guys.. Hindi na tama.

Cadayona has denied the rumors in a recent interview with Philippine Entertainment Portal. “Friends po talaga kami, as in. Parang sa amin, sa mga kaibigan niya, bakit parang bawal siyang makipagkaibigan (We are just friends. Why is she not allowed to be friends with people)?” he said.

Mendoza and Richards recently concluded their GMA 7 drama series “Destined to Be Yours,” following reports of its unstable ratings, as revealed by its creative consultant last April.  Gianna Francesca Catolico /ra

Is Aldub’s ‘Destined To Be Yours’ pulling in the ratings?

TAGS: AlDub, Destined to be Yours, Maine Mendoza