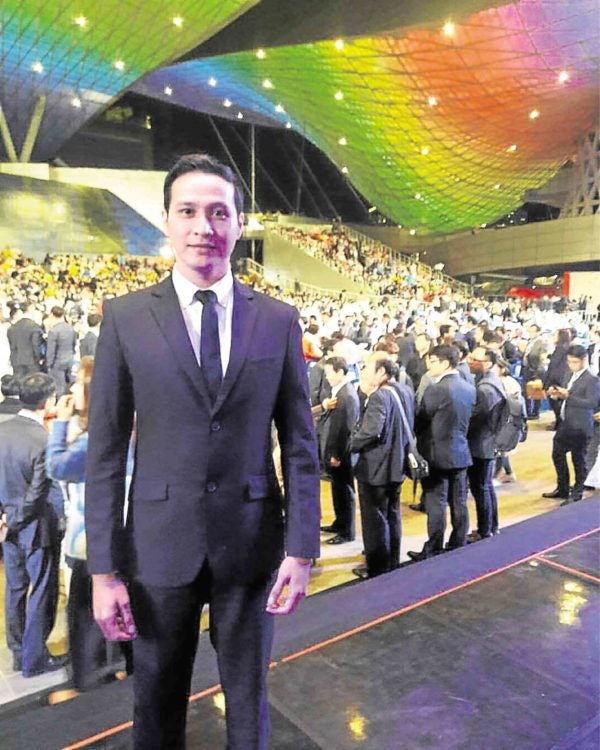 For starters, wearing three-inch heels left bruises on his feet. More painfully, he had to endure a full-body wax treatment, to remove unsightly hair.

He also dropped 10 pounds to look “fragile and dainty.”

To top it off, he had to tuck his privates between his legs throughout the shoot. “Fortunately, the 12- to 14-hour work schedule had just been implemented,” Daclan recounted. It could’ve been longer, a morning-to-morning shoot!

Still, going to the loo was tricky because it would mean removing not just his undies and leggings, but also unraveling his family jewels. 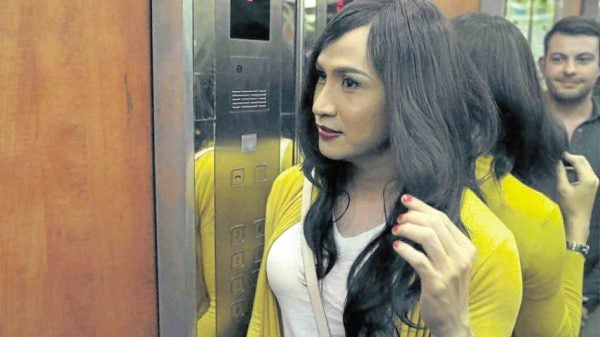 “We originally wanted to cast the actual transgenders of Burgos (the red-light district of Makati), the same people we had interviewed in writing the script,” the debuting director volunteered. “But they were hesitant, because they didn’t want to jeopardize their work.”

Focusing on the travails of three real-life transgenders was also Calagui’s Plan B. “We initially set out to do a film on the Jennifer Laude case,” he related.

A trans woman, Laude died in the hands of an American soldier three years ago. “But since the case was ongoing at that time, there were certain legal impediments. Our script consultant Armando Lao suggested the stories of the transgender women of Burgos, instead.”

To prepare for their roles, Daclan, Falcon and Salumbides “immersed” themselves in the nightlife of the rowdy district. “For weeks, they would go to Burgos in drag and sometimes they would get propositioned by foreigners.”

As an actor, Daclan was changed by the experience of portraying a transgender.

“I no longer look at them the same way. I admire them. They have to face discrimination, and sometimes danger from sadistic clients, every night. Still, they would do everything for their family,” Daclan pointed out.

Calagui reported that his movie will be shown in seven festivals before the end of 2017.

First stop is Busan (Oct. 12 to 21), where it is vying for the Kim Jiseok Award. Also this month, Calagui’s film is the lone Filipino entry, competing in the Rainbow section of QCinema (Oct. 19 to 28).

Calagui feels strongly about sharing this film with the whole world. “This is not just a transgender’s story. This is also my story. I’m a proud member of the LGBT community. It’s a story from the heart,” Calagui said.