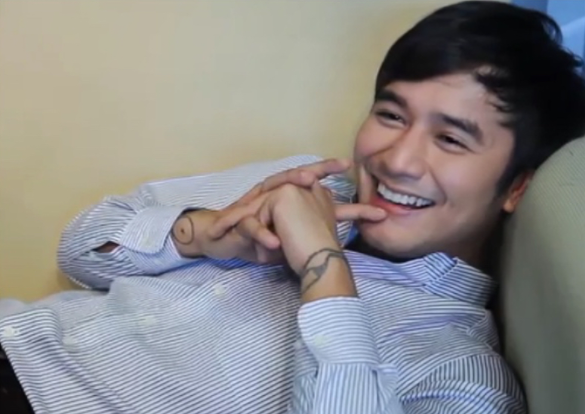 JM de Guzman proudly shared his sobriety certificate, indicating that he had been sober for a whole year:

In 2014, de Guzman finished a 15-month drug rehabilitation, and shied away from showbiz again in late 2015 after acting up on social media and on set.

In a deleted Instagram post, the actor challenged Enrique Gil to a fight after learning that he had behaved inappropriately to then-girlfriend Mendiola during a flight.

A subsequently deleted post read, “Hey dad, are you going to send me to rehab again?”

He and Mendiola have had an on-off romance: they dated for two years until 2014, when they were said to have broken up because of his drug abuse.

After he returned from rehab the next year, they rekindled their relationship, only to separate again five months later.

De Guzman rose to fame with his looks and acting chops, starring in both mainstream and indie films such as “Intoy Syokoy” and “On the Job”.

Despite his talent, his erratic behavior would lead him to being dropped from projects such as “Pedro Calungsod: Batang Martir” in 2013 and “Walang Forever” starring Jennylyn Mercado in 2015.

For fans and colleagues, the actor’s comeback is very much welcome. JB