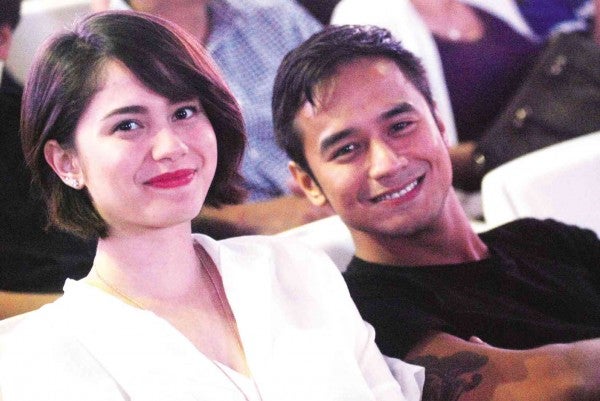 Netizens expressed disappointment after Mendiola had finally confirmed that she and De Guzman have decided to part ways.

Some of their fans believe that the celebrity couple’s breakup after an on-again, off-again relationship prove that there is “no forever.”

The 22-year-old ABSCBN actress confirmed in a press conference on Thursday that the ex-couple had to “prioritize other things” as their “relationship basically won’t help with our respective focus and priorities.”

“Jessy mendiola confirms split with jm? Why o why?!!!” @Chrislayerr said. While @g3delara said she was “affected” over the split.

@jomartos_ tweeted “Not again Jessy and JM :(” while @marianovica_ said she thought “there was forever in second chances.”

Mendiola and de Guzman were in a relationship for two years before breaking up in 2013. They admitted in April this year that they were back together.

READ: JM De Guzman, Jessy Mendiola get back together

Mendiola reportedly got involved in an altercation with actor Enrique Gil, who was allegedly drunk, during a flight to London. De Guzman dared Gil to man up and face him after the incident. JDJ/IDL