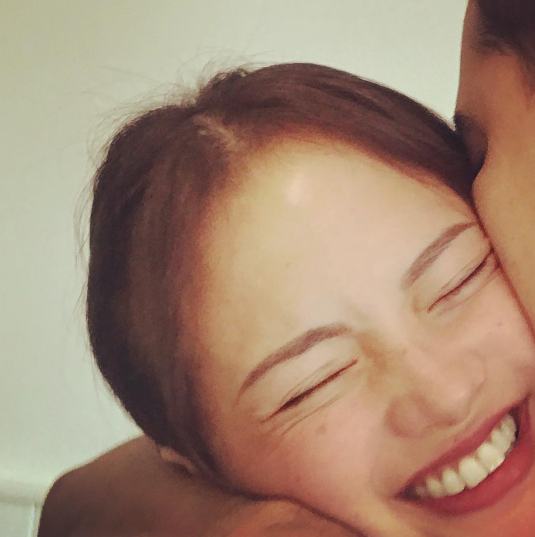 Actors Ellen Adarna and John Lloyd Cruz are definitely having a good time in their European vacation. This time, the two are enjoying an escapade in Switzerland.

One of Adarna’s recent Instagram posts, pinning the location as Switzerland, show Adarna beaming as Cruz tightly hugs and kisses her.

Although they still are not literally admitting their relationship, their intimate photos have led fans and social media followers to thinking they’re officially together.

Moreover, they seem unfazed with the controversies. Since the start of their escapades, they have been keeping people guessing for the real deal. At some point, the two even simultaneously deleted their couple shots, leading fans to speculate that the two have split. Now that they’re more confident about posting photos of themselves together, does this mean they’re now ready to come out as a couple? 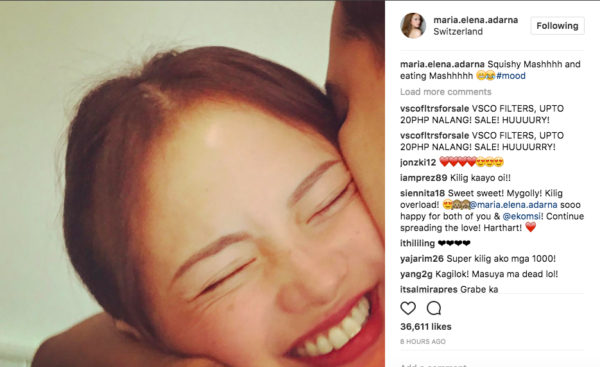 Cruz’s indefinite leave from ABS-CBN, as announced by the network, is meant for him to attend to personal matters. It was also stated in the advisory that he will be taking his break in another country. It turned out that he was accompanied by Adarna. He, however, will be back with the network after he settles his personal battles.

Just recently, rumors about Adarna being pregnant surfaced because of an intriguing post of veteran newscaster Jay Sonza. In the post, Sonza made public his conversation with a “favorite niece” who is currently on vacation in Europe with her love and is apparently, currently pregnant. Sonza dropped the name “Elena.” The seemingly matching descriptions of the supposed niece with that of the actress brought some netizens to think Sonza was referring to Adarna.

The actress’ camp however immediately denied that Adarna is in any way related to Sonza. The actress, in an interview with Philippine Entertainment Portal, has also personally denied that she is a relative of the broadcaster. JB

Read Next
JM de Guzman celebrates nearly two years of being sober
EDITORS' PICK
Every Filipino home can now be a smart home with realme TechLife
PLDT Home Prepaid WiFi customers now under the care of Smart
Nestlé Philippines’ ‘NESCAFÉ Plan’ bags Grand Anvil at PRSP 56th Anvil Awards
Wesley So officially a US citizen
‘Pilgrim of peace’ Pope Francis heads to war-scarred Iraq
WHO: Arrival of vaccines in PH ‘a powerful step’ towards economic recovery, normalcy
MOST READ
Kris Aquino dispels rumors on son Josh getting married, thanks Ogie Diaz for defending him
Wesley So officially a US citizen
Ginebra trades Slaughter to NorthPort for Standhardinger
LTO’s P500-M deal for screws draws scrutiny
Follow @CAbanillaINQ on Twitter
Don't miss out on the latest news and information.