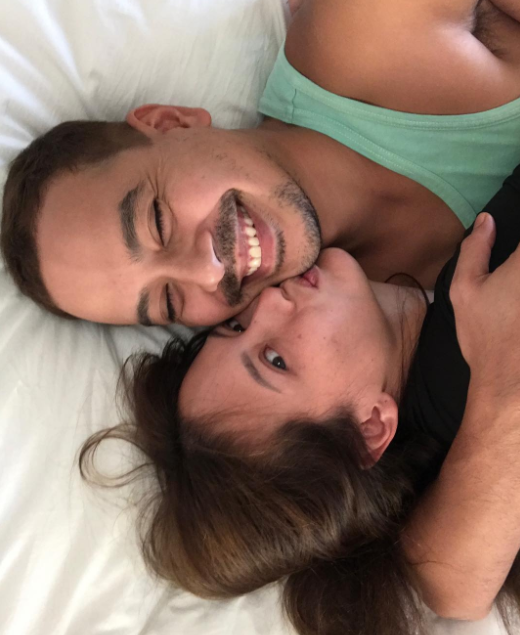 While controversial Kapamilya actors John Lloyd Cruz and Ellen Adarna have yet to officially confirm that they are indeed together now, their no-brainer posts imply that there is something extra special in their constant togetherness and obvious sweetness.

At first, it was Adarna who was mostly posting photos and videos of Cruz spending time with her. But lately, Cruz has finally become more demonstrative himself with a recent meaningful post, further intensifying speculations of a romance between them.

Uploaded on the Instagram page of @ekomsi, believed to be owned by Cruz, a photo of the actor being kissed by Adarna on the cheeks was unapologetically shared to the public. Cruz wrote, “sobrang baduy neto pero (this is so cheesy but) this girl really did something good to my soul. i’ll always be grateful.”

Assumptions about their budding romance started when they embarked on a controversial beach trip in Bantayan, Cebu. Netizens lashed out at Cruz following his viral videos that showed him engaged in awkward situations, such as when he appeared intoxicated, and when he flashed the dirty finger. He immediately issued an apology specifically directed to his young fans. He also clarified that he was simply having fun.

But not long after, Cruz, again, irked fans and non-fans when he posted a photo of a crucifix in a successive, artsy manner. He was called out for being undiscerning and insensitive, with some fans assuming that the bad boy in the actor is being brought out by his new flame. JB