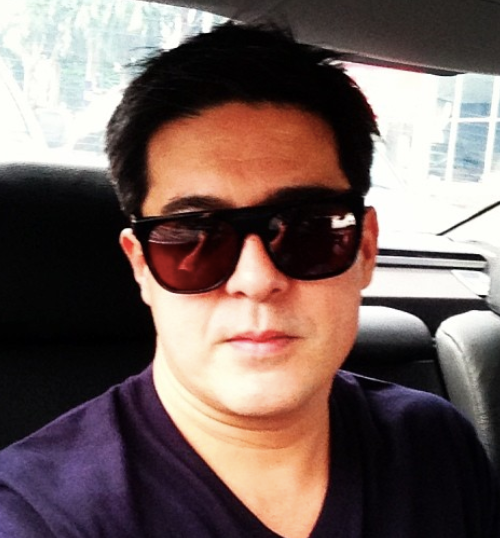 Ultimate leading man Aga Muhlach is not only an excellent actor, he also embodies a true family man.

As he loves his kids, he makes sure they grow up with good values. To this, he instills discipline in his children, hence his confession, “I’m a strict dad, namamalo ako (I’m a strict dad, I resort to spanking.)

His twins with wife actress, former beauty queen and dance empress Charlene Gonzales, are now in their teens–Andres and Atasha Muhlach, who are now 16 years old. Having successful celebrity parents means being born into privilege. However, their dad is bent on giving them the right discipline so that their values won’t be affected by their given affluence.

“I was a strict dad [while they were growing up]. Namamalo ako, para sa ‘kin ang mali, mali. Hindi pwedeng maging tama and then yung disiplina nila na lumalaki sila sa marangyang buhay,” he said at the bloggers’ briefing for his comeback movie, “Seven Sundays,” from Star Cinema last Thursday.

(I was a strict dad. I spank them, for me what’s wrong is wrong. It cannot be right, and of course the discipline while they are growing up in a privileged life.)

He added that while he wants to give his kids the best in life, he still wants them to strive on their own just like he did. He makes sure that his kids realize that they have to work to get what they want.

“I make sure that whatever you guys are experiencing is because I worked. I wasn’t born like this. So you guys don’t think like you’re born like this. You would have to finish your school. You would have to work. If you think you’re gonna get something from us, cars, or invest in a home for you when you get old. Sabi ko it’s not gonna happen. So they know that, growing up alam na nila, nakatanim sa puso’t isipan nila yun,” he said.

(…growing up, that’s already instilled in their hearts and minds.)

“I want them to experience life, mag-aral kayo, hindi kayo mag-aral (you study or you don’t) is up to you, but if you want it the hard way, then do it the hard way, if you want it the easy way then be disciplined. Pero don’t expect that I’m gonna work and save up for you, but you’ll get the best education definitely ‘yung kaya namin bigay sa kanila,” (…what we can afford to give them),” he added.

Aga Muhlach on his TOTGA letter to Lea Salonga: ‘It’s just that’