Aga Muhlach on his TOTGA letter to Lea Salonga: ‘It’s just that’ 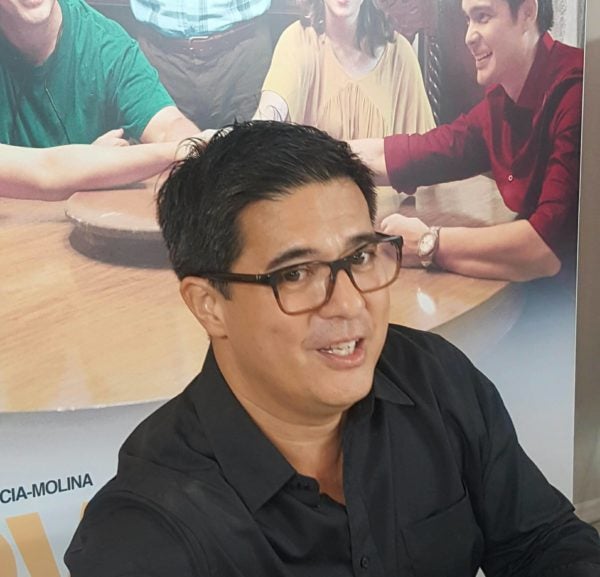 Aga Muhlach mesmerized netizens with a viral letter to Lea Salonga, the woman he regards as The One that Got Away (TOTGA). Now, he speaks out and explains what that letter really meant.

The letter was included in the “Playlist Souvenir Book. A Celebration of Lea Salonga’s 35 Years” published in 2013 for Salonga’s 35th showbiz anniversary concert.

To him, it may have left a mark on their loyal fans, and he’s glad about it. “It’s been said, it’s been written. It is what it is, of course parang Lea’s happily super married like I am happy and super married too. It’s really just that. For the fans they all enjoyed it, but we’re all ok now. Of course I love my wife dearest,” Muhlach said at Thursday’s bloggers’ conference for his comeback movie “Seven Sundays” under Star Cinema .

At 48, Muhlach remains bankable as a leading man, unlike most of his contemporaries who have been relegated mostly to father roles.

It was in 1992 when he and Salonga first worked together for the movie “Bakit Labis Kitang Mahal.” According to his letter, he was at the lowest point in his career but that it was this movie with Salonga that got him back on track.

A few years later, his most unforgettable film with the actress was born, “Sana Maulit Muli” in 1995. Yet, no matter how favorable a union might have been, circumstances just didn’t agree with it. Perhaps, theirs was a case of right love at the wrong time.

While guesting on ABS-CBN’s morning talk show “Magandang Buhay” a few months ago, Salonga shared her reaction to her leading man’s heart-melting admission. She explained why they were never meant for each other.

“It’s like, ‘Oh my God,’ the only reaction was wow, ‘yun lang. [I was] Frozen in my chair. It was very sweet, very well written. Nakakakilig. But we’re better off as friends so we can keep making you people kilig. Kahit wala kaming ginagawang pelikula,” Salonga told the show.

“Bad timing talaga, when we were shooting ‘Bakit Labis Kitang Mahal,’ ako ‘yung may boyfriend sa totoong buhay. ‘Nung ‘Sana Maulit Muli,’ during the first part, umiiyak-iyak because he had just broken up with a girlfriend. Then, naghiwalay muna because he had another movie to make, I had a musical so we started doing “Sana Maulit Muli.” Again, nagka-girlfriend ulit. Ako naman ‘yung single. So talagang, mga babes hindi kami meant in real life. We are not meant to be in real life, we are meant on be that on screen, good friends, partners, the partnership works kasi walang complication, walang drama behind-the-scenes. So hahayaan namin kayo lahat na kiligin,” she continued.

Their fans have always been hoping for a reunion movie and to their delight, both have openly said they are more than willing to do it. However, their conflicting schedules just get in the way.

“Ilang years na namin pinaplano yan pero di natutuloy (We have been planning that for the past several years, but it never materializes),” Muhlach said. /ra

Aga Muhlach on Lea Salonga in 2013 viral ‘love letter’: ‘She’s the one that got away and she never knew’