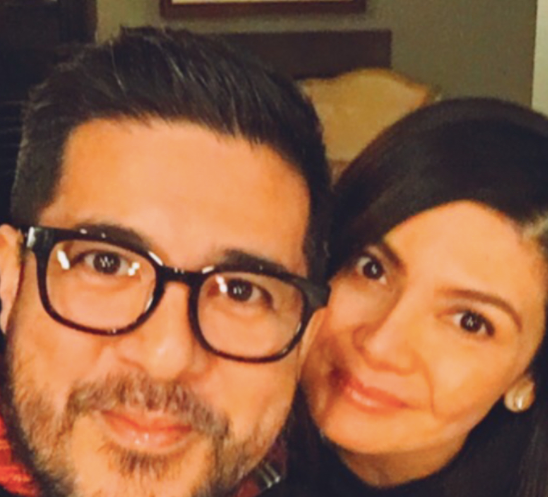 Since starring in the teen-oriented movie “Bagets” in the ’80s, Aga Muhlach has gone to become the country’s “Crush ng Bayan.”

From the time that he started as a breakout teen sensation to one of the most effective thespians in the country, he has never lost his captivating charm. And even at the age of 48, he still looks just as dashing as ever. What’s his secret? “It’s just my wife.”

He may have broken hearts when he finally tied the knot with the former beauty queen and dance empress in a romantic Baguio wedding in 2001, but to him it’s simply the best decision he’s ever made.

He has always been complimented for still looking so gorgeous. Unlike most who go under professional help to keep their look on-point, he said it is his happiness that keeps him youthful all these years.

“Thank you for the compliment. It’s no secret, it’s just really my wife, sleeping and waking up that way, you sleep with your wife and you wake up and you know that’s just the right thing you did for the past 16 years,” Muhlach said at Thursday’s bloggers’ briefing for his comeback movie “Seven Sundays,” which is produced by Star Cinema.

“It’s just that and you pray that I’m also the right thing for her. Baka ako lang nag-e-enjoy, baka ako lang ang swerte. It’s just that, really. There’s no stress sa’kin, I’m not stressed with anything,” he added.

However, his six-year hiatus from show biz has gained him extra weight, and he is trying to shed that off. He wants to make sure he gets back on track in preparation for his future projects.

“Seven Sundays” is Muhlach’s comeback movie after his six-year hiatus from the big screen. He said he is happy to work with actors of different generations such as Enrique Gil, Dingdong Dantes, Ronaldo Valdez and Cristine Reyes. Directed by Cathy Garcia-Molina, “Seven Sundays” will hit cinemas nationwide on Oct. 11. /ra

Aga Muhlach on Lea Salonga in 2013 viral ‘love letter’: ‘She’s the one that got away and she never knew’