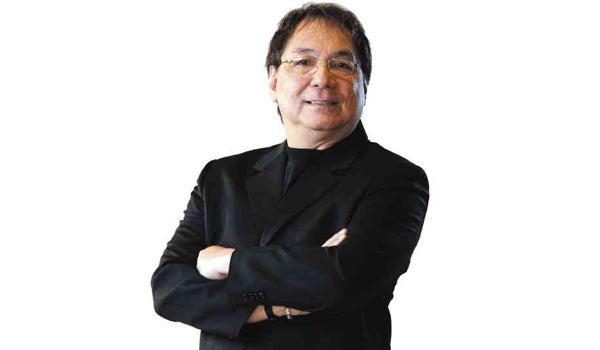 Comedian and TV host Joey de Leon can make up for his “grossly misinformed” statements on depression not just by publicly apologizing but by also sitting down with advocates who could help him learn more about the mental health condition affecting 300 million people worldwide.

On Friday, the Youth for Mental Health Coalition (Y4MH), a group of student organizations working “to elevate Filipinos’ consciousness on mental health,” sent an open invitation to De Leon for an “educational discussion” following the statements he made on depression in an episode of the noontime show “Eat Bulaga.”

READ: Joey de Leon dismisses depression as just ‘made up’ on ‘Eat Bulaga’; Maine Mendoza says it’s not a joke

“A public acknowledgment of mistake is welcome, but a changed mindset on mental illness would be the best form of apology,” Y4MH national chair Raymond John Naguit said in a statement.

De Leon drew flak on Thursday after he dismissed as “just made up” an elderly woman’s depression. As of writing though, the veteran host has yet to issue an apology.

Actress and host Maine Mendoza corrected De Leon and said that depression is no laughing matter and that those suffering from it should be given support.

Instead of correcting himself, De Leon stood his ground and said that these people “should not be supported,” claiming that they are just acting up.

“These statements are grossly misinformed and present potentially dangerous ideas to the general public. The sad truth is that these same ideas may be shared not uncommonly by people around us—extending the struggle to providing a new perspective to people who view depression through uninformed lenses,” Y4MH said.

It added that there is “nothing hilarious about the suffering” being endured by those with depression, especially that sometimes it can lead one to commit suicide.

According to the World Health Organization (WHO), more than 300 million persons suffer from depression, which has become “the leading cause of disability worldwide.”

“At its worst, depression can lead to suicide. Close to 800,000 people die due to suicide every year. Suicide is the second leading cause of death in 15-29-year-olds,” the WHO said.

With De Leon’s remarks, Naguit said that this shows the need “to heighten the public’s awareness on mental health and for our fellow youth to participate in the continuous practice of engaging and clarifying mental health concepts in our own communities.”