Daniel to netizens: Stop the hate and spread the love 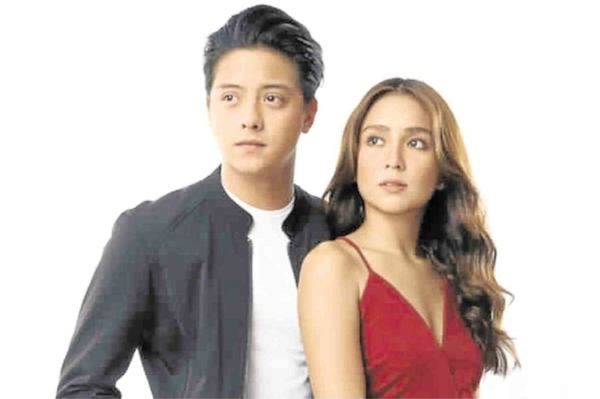 Actor Daniel Padilla has called on supporters of KathNiel (his onscreen partnership with Kathryn Bernardo) and of the fantasy-adventure program, “La Luna Sangre,” to “stop the hate and spread the love.”

Inquirer recently asked for Daniel’s reaction to the negative comments posted online by netizens on what they said was the unnecessary and lengthy exposure of the characters of Angel Locsin (Jacintha Magsaysay) and Richard Gutierrez (Sandrino Villalobo) in the series.

They claimed that the audience’s attention should only be focused on the love team’s characters—Malia Rodriguez and Tristan Toralba.

“We’re thankful to them (Angel and Richard) for agreeing to join the show. We welcome them wholeheartedly,” Daniel stressed in Filipino. “There shouldn’t be any competition. We’re all working together to keep the show interesting. We’re all benefiting from this.”

Daniel added: “They are good people. Let’s not put them down. People shouldn’t be posting hurtful things about them.”

Meanwhile, for Kathryn, memorizing the simplest fight choreography is a lot more difficult than remembering the most complicated dance routines. 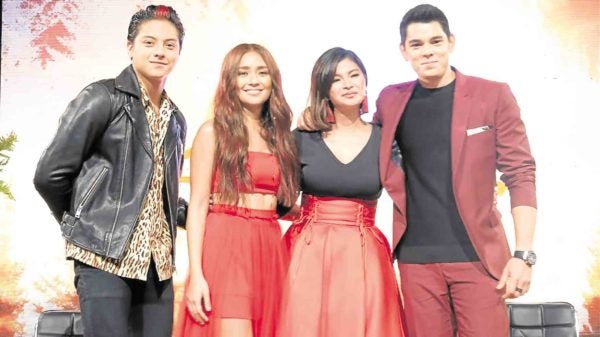 “I know it’s weird,” Kathryn said. “It’s different from learning to dance. I have to keep doing it again and again for it to appear natural onscreen.”

Kathryn is Malia, daughter of the most powerful vampire and a chosen wolf and is prophesied to end the evil reign of the vampire king.

“Fight scenes are difficult for me. It’s different for DJ (Daniel’s nickname) because he already had prior training in martial arts,” Kathryn pointed out, adding that one of the most memorable for her was the duel with Maricar Reyes, who plays the vampire Samantha.

Another was the battle between vampires and Malia’s pack of werewolves that were out to save her friend, Catleya (Sue Ramirez). “We worked for three days just for that one gap. We would finish at 5 a.m. each day,” Kathryn recalled. “All the effort paid off in the end, because the audience loved it.”