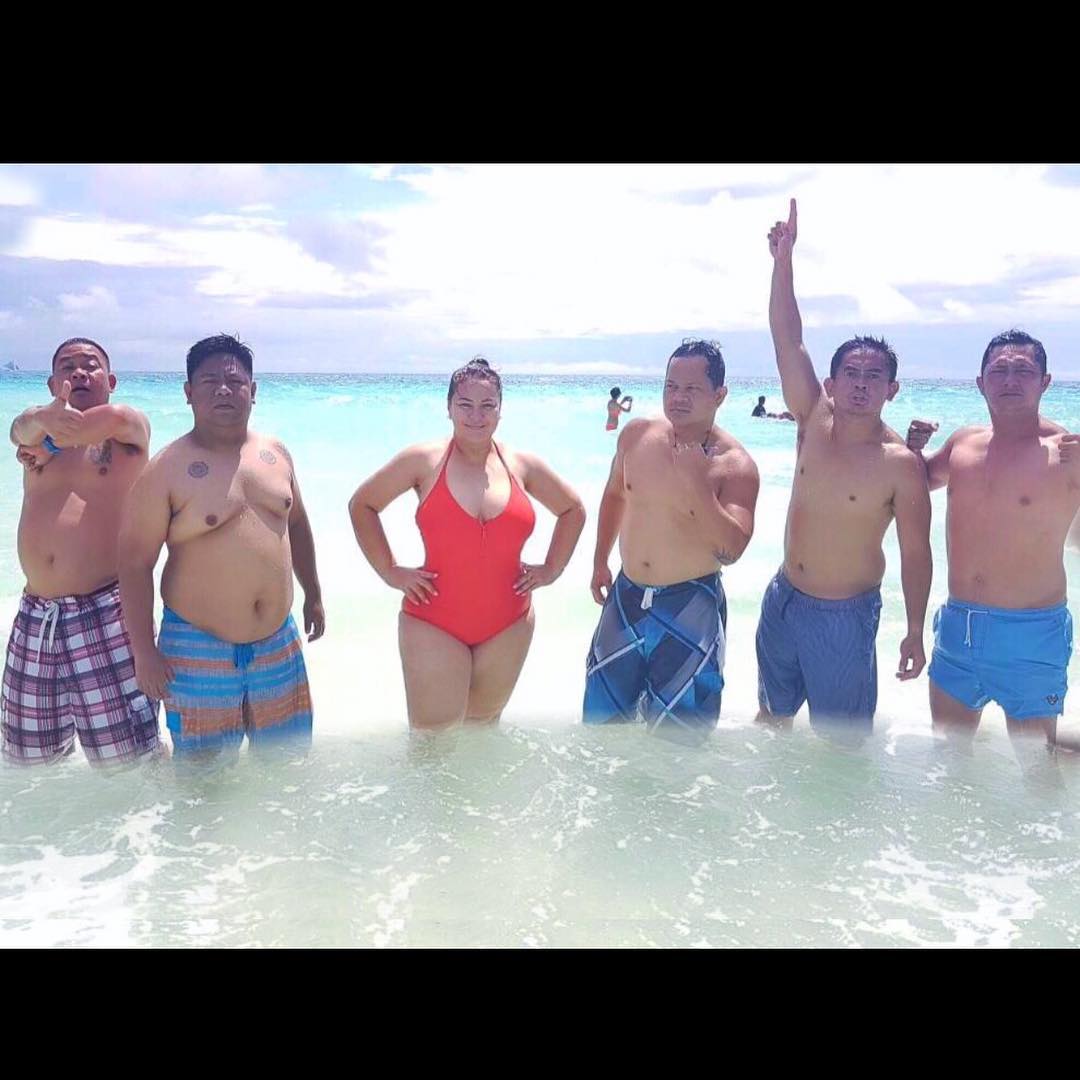 Singer and actress Karla Estrada flaunted her curves in a photo taken at Boracay beach during an episode shoot for the show “Funny Ka Pare Ko”. 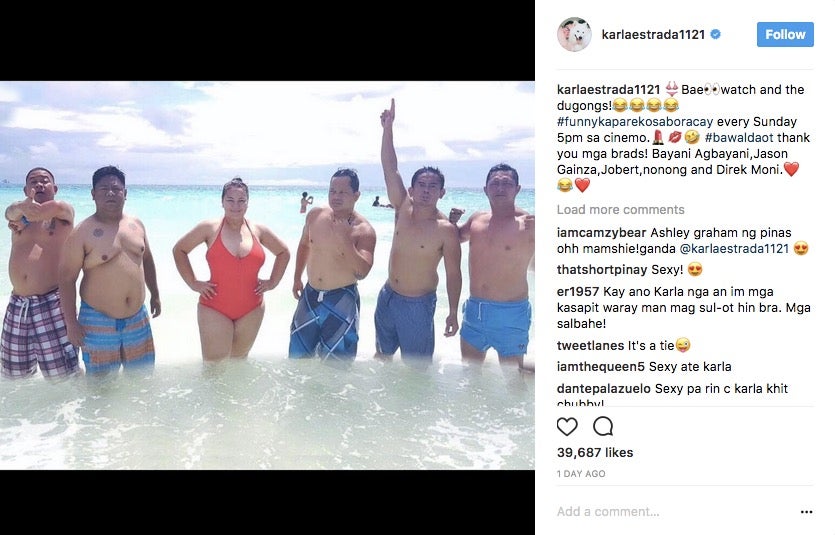 Surrounded by her male co-stars, the photo shows Estrada confidently standing in the middle with hand on the side. The caption on her Instagram post reads, “Bae watch and the dugongs! #funnykaparekosaboracay every Sunday 5pm sa cinemo. #bawaldaot thank you mga brads! Bayani Agbayani,Jason Gainza,Jobert,nonong and Direk Moni.”

Netizens offered Estrada praise for her confidence, and called her sexy despite being on the chubby side. 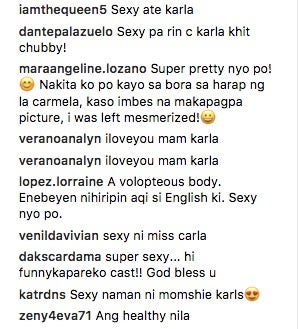 Here’s another shot of the gang splashing about in the waters of Boracay: 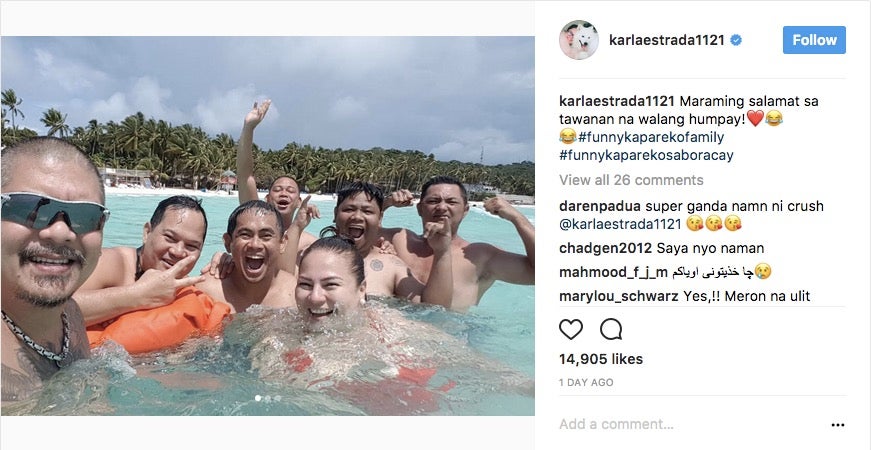 (Thank you very much for the never-ending laughter!) 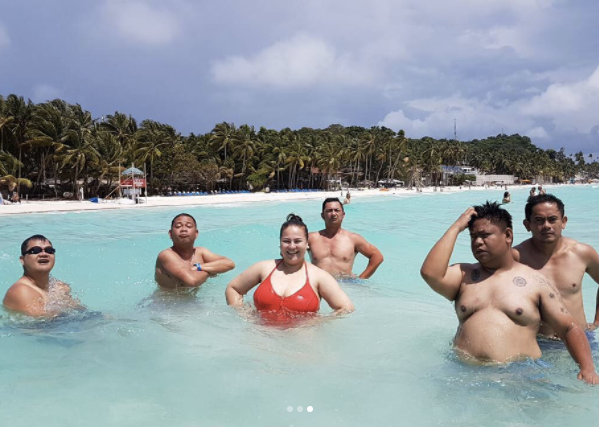 Karla Estrada is the mother of actor Daniel Padilla, whom she had with actor Rommel Padilla. JB