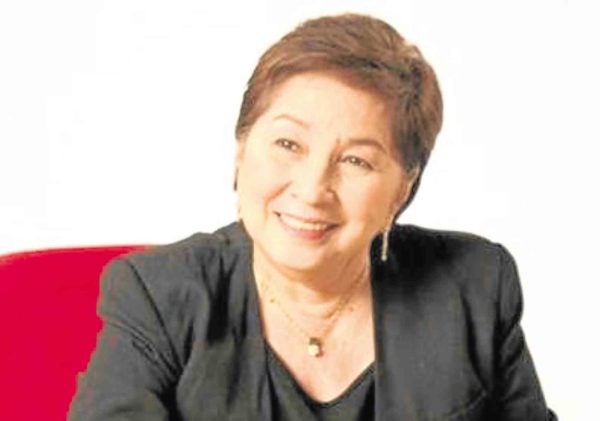 When viewers watch some public-affairs interview shows on TV, they aren’t all that sure that they’re getting the real lowdown on important issues of the day—or are being sold a “PR” bill of goods.

Thus, out of a sense of preservation, they’ve found telling ways to separate the grain from the chaff, by favoring shows that tell it like it is.

One of the interview programs that we’ve learned to trust over some others is “Bawal ang Pasaway Kay Mareng Winnie,” hosted by the Winnie Collas-Monsod.

She’s earned the prized “the” honorific by having proven that she knows whereof she speaks—and asks—and refuses to allow the wool to be pulled over her eyes by her guest-interviewees.

Word has gotten around in this regard—so, when VIPs and power players appear on her show, they’re more forthright than usual, for fear of being tartly put in their place.

Mareng Winnie’s show is also the go-to place for important but “too heavy and thus not ‘sexy’” topics that some other programs opt to pass up on.

But Monsod welcomes them, because the public needs to know and care about them. And, the feisty way she conducts interviews makes them more interesting and involving than they might otherwise be.

For that reason, we watched “Bawal ang Pasaway Kay Mareng Winnie” on GMA News TV recently, because the topic up for discussion and illumination was a significant one—sin taxes related to cigarette consumption, and the medical problems and issues involved in the entire “smoking nation” syndrome.

Monsod’s guest was Dr. Antonio Dans, who’s respected in public health circles here and abroad due to his facts-based insights on a range of medical issues and concerns.

Specifically for his interview on Monsod’s program, Dr. Dans zeroed in on smoking and its impact on Filipinos’ health.

The respected clinical epidemiologist, cardiologist and professor at the UP College of Medicine has been doing a lot of research on tobacco, which is one of the biggest risk factors for Filipinos’ health.

Dans was one of the people who boosted the passage of the Sin Tax Law, and shared with viewers the positive effect that the availability of more funds for prevention and treatment has had since the law was passed.

All the more reason then to support the move to pass a reformed Sin Tax bill, for even more benefits.

Dr. Dans went on to reveal that evidence shows the close association between smoking and drug use, with smokers three times more likely to become illicit drug users.

Since a nationwide campaign against drugs is ongoing, the “smoking gateway” to drug abuse should be recognized, and closed.

The program went on to point out that smoking is a major cause, not just of lung-related illnesses, but of many other diseases—the top four of which cost the government a whopping P210 billion annually to fight!

We trust that Monsod and Dans were able to get more viewers and lawmakers involved in the ongoing effort to generate even more funds to prevent and treat major diseases, especially as they come to bear on the poor and disadvantaged.