Brocka baby returns to the red carpet in Toronto 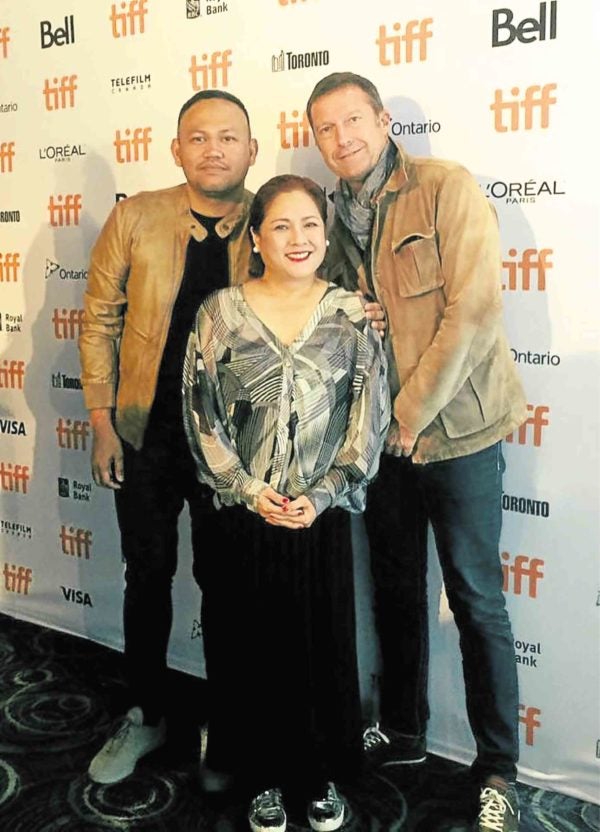 Actress-director Gina Alajar is no stranger to the red carpet. After all, she accompanied her mentor, the late National Artist for Film Lino Brocka, when their film “Bayan Ko: Kapit sa Patalim” was shown in Cannes in 1984.

She marked her return to the film fest circuit with Adolfo Alix Jr.’s “Madilim ang Gabi” (Dark is the Night), which debuted at the Toronto International Film Festival in Canada recently.

She recalled that she and Direk Adolf had to walk four blocks to the Scotiabank Theater on the day of the premiere.

“Traffic was bad, so the taxi driver told us that it was best to walk the rest of the way … 10 minutes away from the venue,” she recalled.

As they approached the theater, they noticed a long queue of people near the cinema.

“In spite of our aching feet, we managed to laugh and joke about our ordeal,” Gina recounted. “I told Adolf that the line was not for us … that it was for a nearby restaurant or for Michael’s, the arts and crafts store.”

Then, a Filipino recognized Direk Adolf and greeted them warmly.

“True enough, the line was for our film,” Gina enthused. “Nakakatuwa. Filipinos and foreigners took time to watch our film. It was really heartwarming!”

“Gina was visibly touched,” Adolf pointed out. “This is her first international film fest experience since her days with Brocka.”

“At first, I was nervous that we might not get a big crowd,” Gina admitted. “After all, there were a number of good movies to choose from in Toronto.”

Adolf related that they had scored a “full house.” “The crowd was a good mix of foreigners and Filipinos. They were moved by our film.”

Adolf recalled that viewers had empathized with the film’s protagonists (played by Gina and fellow Brocka baby, Phillip Salvador)—parents whose son goes missing in the midst of the government’s war against drugs.

“Audience members raised questions about the drug war. They were aware that it was a complex, delicate issue,” he remarked.

He asserted that fest programmer Steve Gravestock, along with the viewers, had understood “how human the characters were… they had their faults, but they were relatable and sympathetic, too.”

The director reported that a hearty applause had greeted Gina upon her introduction at the theater. Gravenstock and other viewers commended Gina for her “brave, moving, powerful and heartbreaking” portrayal.

“After the screening, fans mobbed her for autographs and snapshots,” Adolf volunteered.

“People kept congratulating us,” Gina looked back. “They said they liked the movie and found it compelling. Others said they were happy to see me onscreen, because they had been watching me since I was a child!”

When questions about the country’s political situation were raised by audience members, Gina gladly took the backseat and gave the floor to Adolf. “In festivals like Toronto, the director is the star. Secondary lang kaming mga artista!”

While in Toronto, Gina and Adolf had an interview with the BBC, as well.