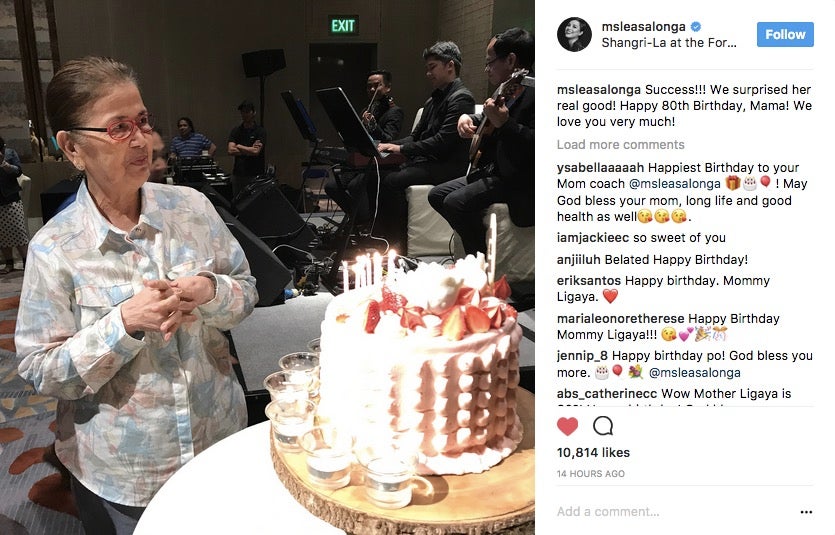 Lea Salonga recently surprised her mother, Ligaya, on her 80th birthday by whipping out a huge cake to celebrate the occasion. 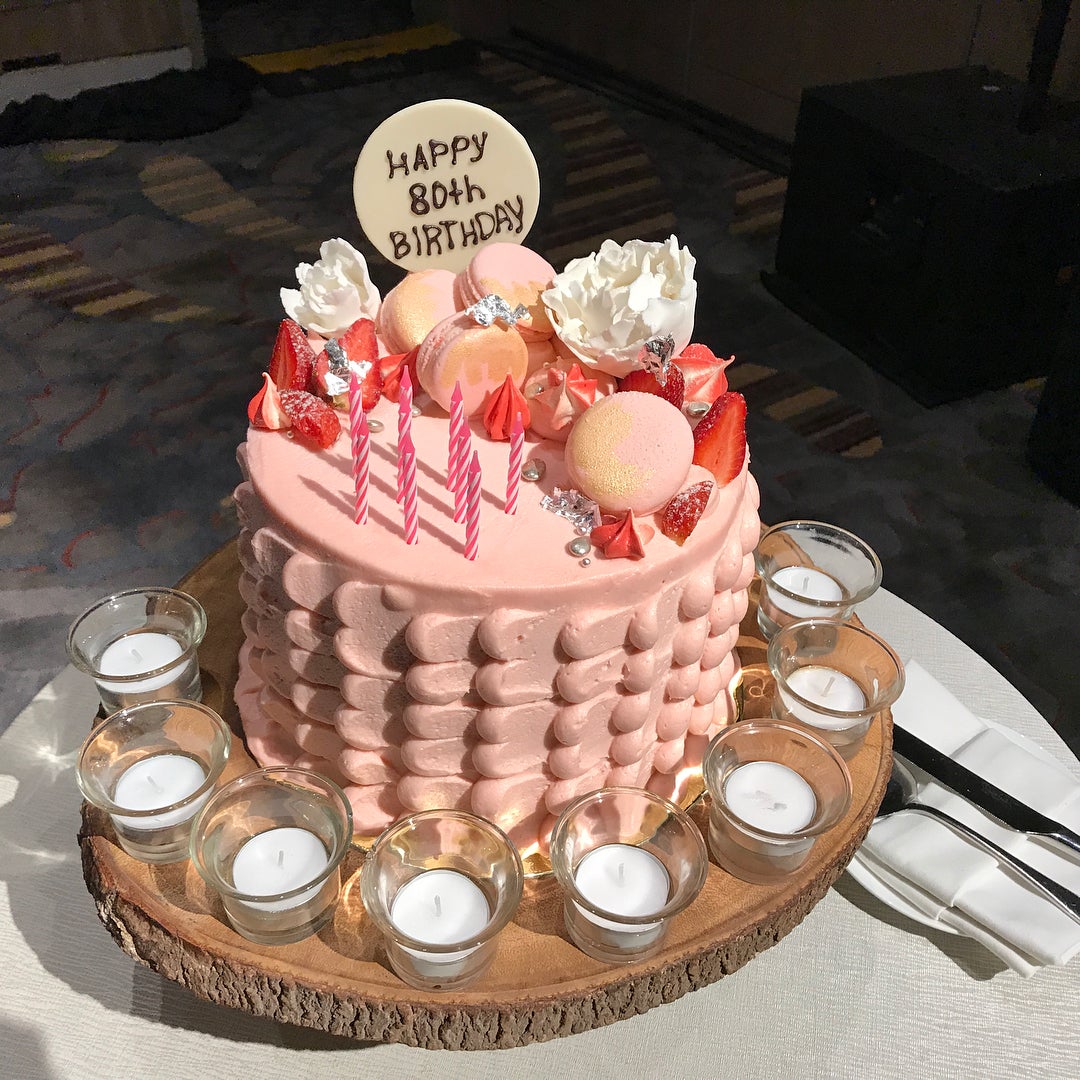 Coach Lea of the Voice uploaded several photos of the surprise event on her Instagram account, with the photos bearing Shangri-La at The Fort as location. It appears that mommy Ligaya was hardly able to believe her eyes. The caption on the photo reads, “Success!!! We surprised her real good! Happy 80th Birthday, Mama! We love you very much!”

The rest of the family later joined in to sing a happy birthday song for the eighty-year-old celebrant.

Mommy Ligaya is known in local showbiz as the powerful and highly influential matriarch whose constant support and guidance of her children, Lea and composer-conductor Gerard Salonga, aided their rise in their respective careers. 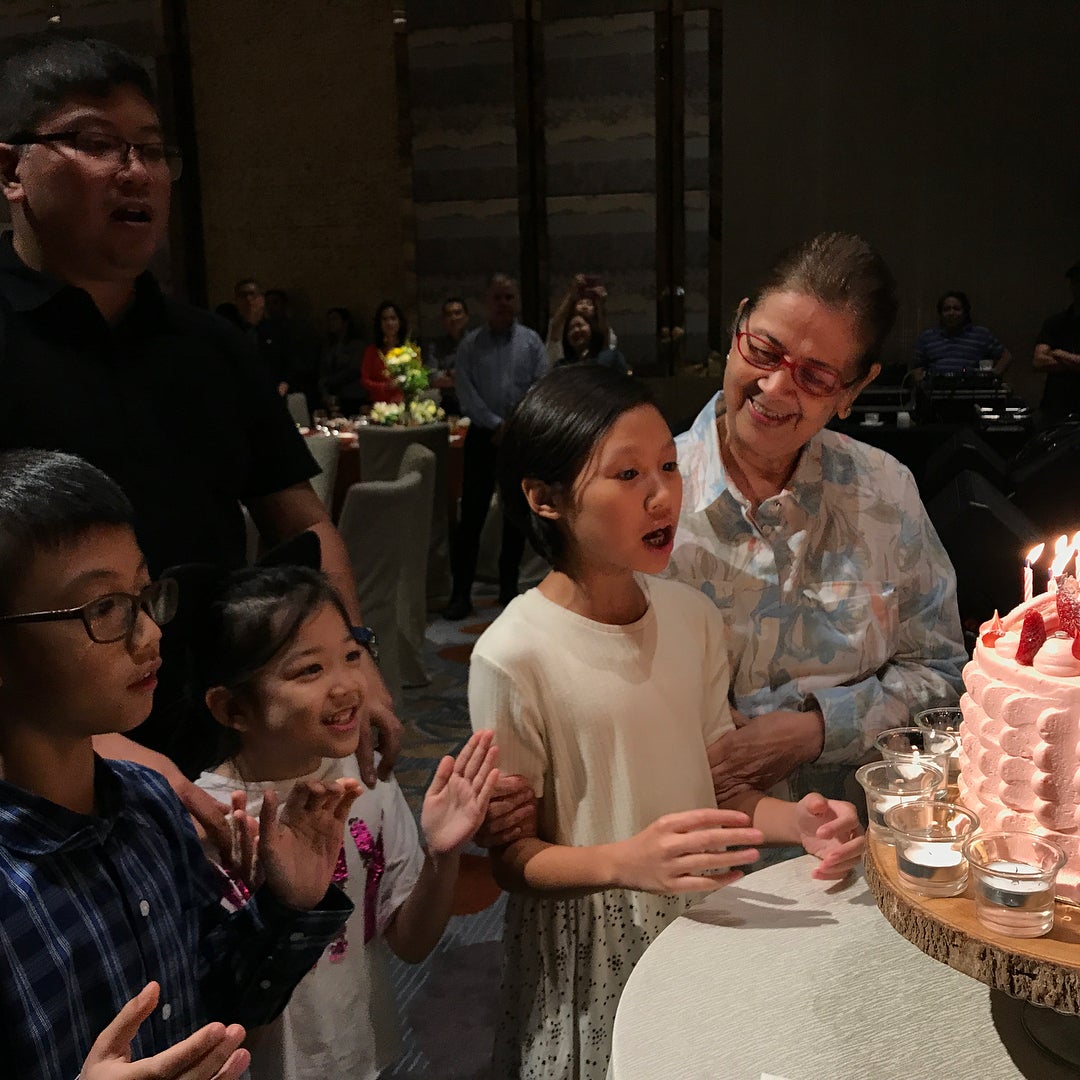 After her time at “The Voice Teens”, Coach Lea will be heading back to broadway as part of the cast of the Broadway revival of the musical “Once on This Island”. She will play the part of the goddess of love Erzulie.

The production will be directed by Tony nominee Michael Arden (“Spring Awakening”) who also performed in the musical “The Hunchback of Notre Dame” as Quasimodo.

The play is based on the 1985 novel “My Love, My Love; or The Peasant Girl” by Rosa Guy. It is about a peasant girl in an island who brings together people of different social classes, through the power of love. It will open later this year. JB