Comedian Ogie Diaz updated his Instagram account with a couple of videos showing Liza Soberano and Enrique Gil in Osaka, Japan for a project.

Diaz, who also happens to be Soberano’s talent manager, took the video as the two young celebrities were doing a shoot in front of what appears to be the Ote-mon gate of the Osaka castle.

The shoot was for a promotional video of the Japan National Tourism Organization’s latest campaign. Participants can win a free trip to Japan for two, along with an exclusive meet-and-greet with LizQuen. 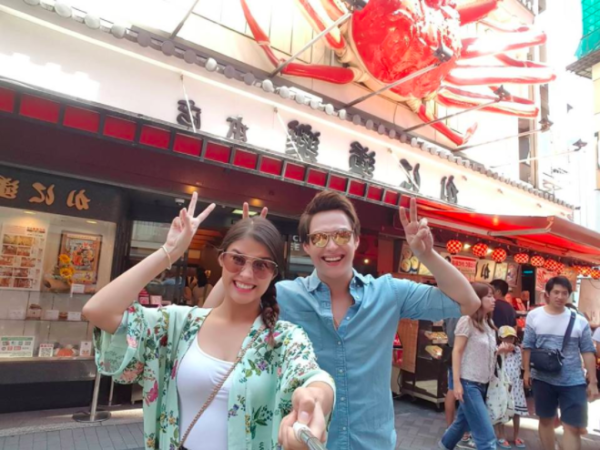 The love team was announced as “Japan tourism ambassadors” sometime in June. 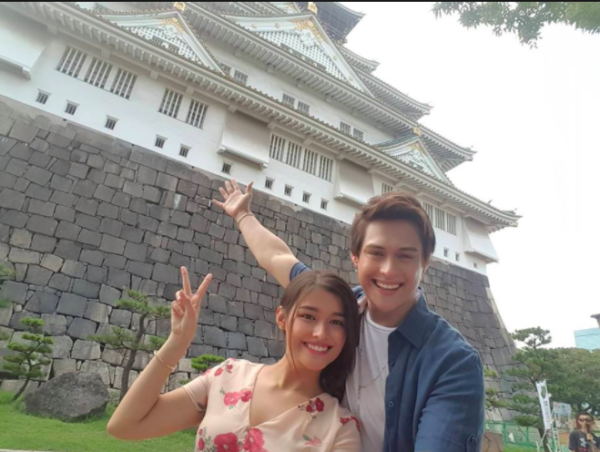 Diaz’s second video showed Gil taking a selfie with Soberano and some of the staff, while the Japanese camera crew plan the next shot.

According to the Visit Japan Philippines Facebook page, the free trip campaign will run from June 1 to August 31, 2017. Three pairs will be chosen for the free trip while fifteen pairs (30 individuals) will get consolation prizes of meeting and having dinner with the LizQuen loveteam. JB