According to event stylist Robert Blancaflor Group, the two tons worth of blooms were all fresh and imported from Holland, Ecuador and South Africa.

A 40 foot-high floral wall adorned the stage and ceiling installations, giving the venue a fairytale feel. 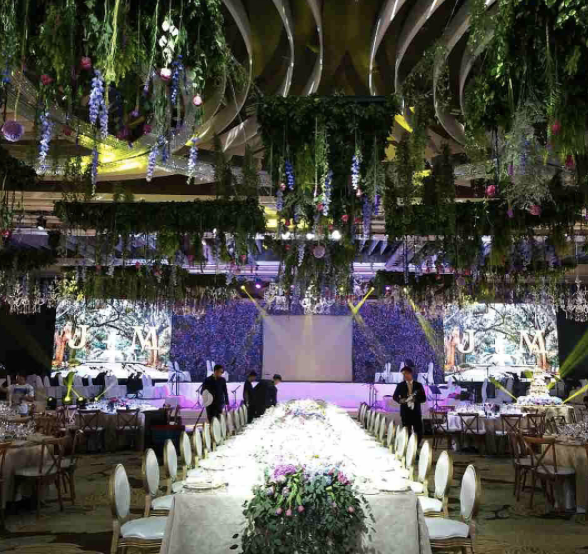 The bride’s wedding dress was also in a floral fantasy: Ejercito wore an Inno Sotto creation which had a train embroidered with a lavender flower pattern.

Our lovely bride @jerikaejercito – Aguilar 💕 #quelxika In god’s perfect time, he will really bestow the love we truly deserve; love that is not difficult, love that we don’t have to fight for, only love that would make us feel whole… you’ve finally found your “Happily ever after” ❤️ Congratulations again my love and @miquelaguilar1978

The men all wore barongs, including the Spanish triathlete groom, Miquel. 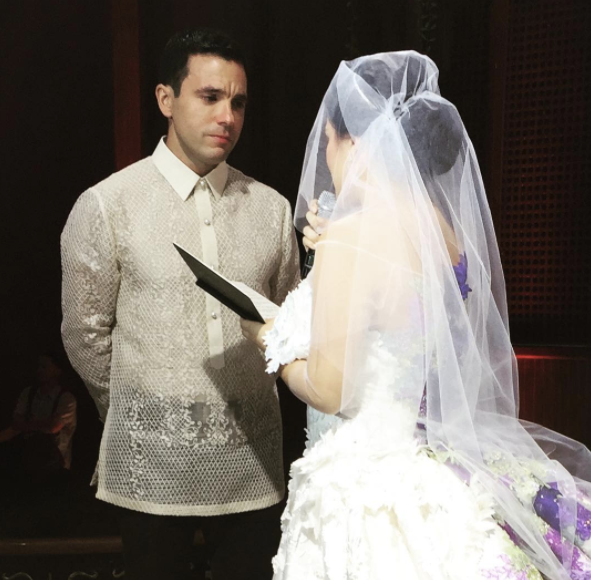 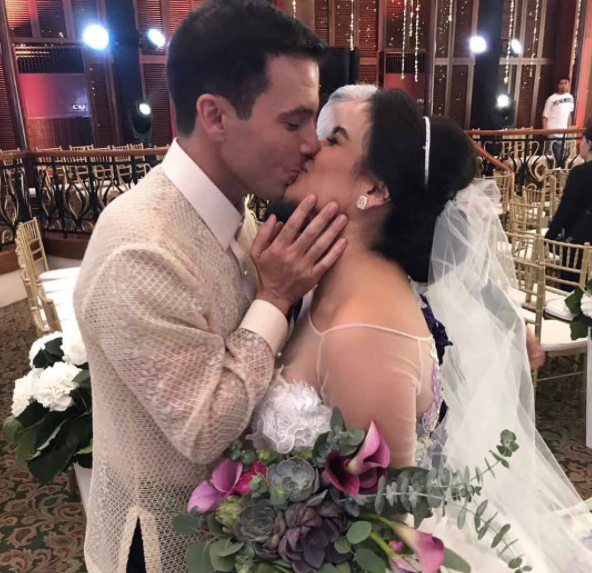 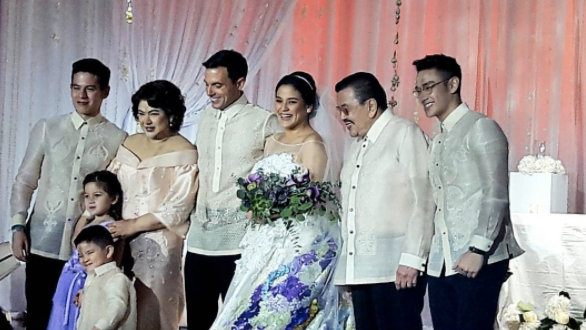 At 80 years old, former president Estrada walked Jerika down the aisle and shared a dance with her:

Crying with tears of joy with this beautiful bride!! I’m so happy for you, ika! I love you, mrs. Garcia! @jerikaejercito #QuelXika #fatherdaughter #weddings

Her brothers Jake and Jacob happily welcomed their brother-in-law:

Jake’s daughter Ellie with actress Andi Eigenmann was part of the entourage, and looked adorable with her dad:

With a few good men: Sandwiched between Erap and Eddie at #quelxika

Jerika counts as friends some of the local music scene’s notable artists, including Abby Asistio, Urbandub vocalist Gabby Alipe, and Up Dharma Down vocalist Armi Millare, who were all present to celebrate with her:

Your journey is a true testament of God’s faithfulness, grace, sovereignty and love. I cried one of my happiest tears last night seeing you at your most beautiful, fulfilled and happiest. Grateful and overwhelmed with joy that God had finally given you the man and family of your dreams and the love story you deserve. I love you every so dearly @jerikaejercito. Know that you are always in my prayers and that I’m just here.💙 #QuelxIka

Fancy night out with this one 🥂🍾 | #QuelxIka

Armi stood out in an intricately handwoven coat:

The back of this coat I’m wearing is a hand-woven #Hablon from the weavers of Iloilo and the detail is made of #Calado hand embroidery like what you see in barongs (which I also loved wearing back in the day, but I don’t always get away with it!). The front is plain and sleek- no buttons visible. This is an #Aloysius interpretation of the Rizalian era in our country. Fun collaboration. Thank you @josephaloysiusm ! Looking forward to more. Photo by my date @planetumeboshi 🇵🇭 #comfortiskey #quelxika 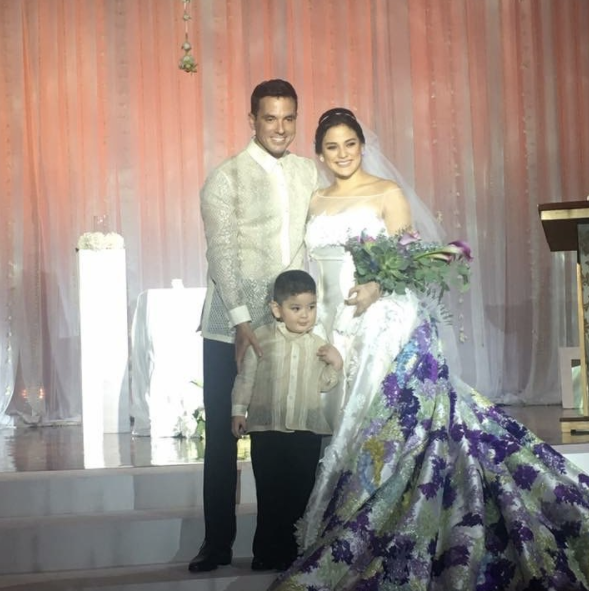 After about a year of dating, the pair got engaged on April 14 while touring Jordan, “right next to the Dead Sea,” Jerika shared in a Facebook post. JB