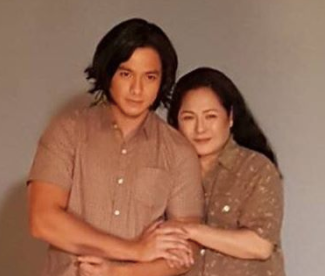 It will very soon be forty-five years since the declaration of Martial Law. To commemorate its significance, the GMA News and Public Affairs team is producing a documentary that tackles the life and struggles of Martial Law victim, human rights activist and Palanca-award winning writer Bonifacio “Boni” Ilagan.

Giving life to his story is Kapuso heartthrob Alden Richards, along with veteran actress Gina Alajar.

The documentary will tackle Ilagan’s story since the declaration of Martial rule, until his captivity and torment under the Philippine Constabulary.

To be featured in the documentary is the making of a short film which Ilagan wrote himself. Adolf Alix Jr. directs.

Behind-the-scenes clips and interviews from actual people who suffered under Martial Law are also vital components of the documentary.

Moreover, it will show the viewers how Richards, a millennial, arrived at an understanding of the lessons of Martial Law, and why these should never be forgotten.

Martial Law was declared by then President Ferdinand Marcos on September 21, 1972. It extended President Marcos’ term, until his family’s exile brought about by the bloodless EDSA revolution in February 1986. JB