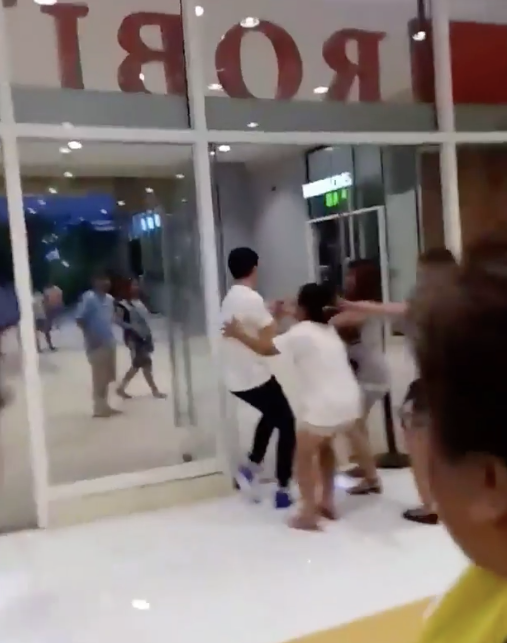 Proving this is a crowd that went wild at the Kapuso actor’s recent meet-and-greet mall appearance. The action was captured through a series of videos posted by @flo_renz13 on Instagram. In the clips, the fans were seen screaming and tugging one another just to get a closer glimpse of the actor.

Despite the tight security detail, the actor still could not escape the people’s wild excitement. Perhaps, finding it hard to exit the scene and get some space away from the fans, Richards must have thought running away could be the best way to escape.

In the video below, the young actor was seen racing his way to the nearest exit door. He was followed by his guards, but the fans proved they were way faster than his security team.

People patiently stood at every corner of the mall just to get a glimpse of the “Eat Bulaga” host. However, with their attention fixed on their respective waiting points, some failed to notice the “Kalyeserye” heartthrob as he passed by right in the middle of or behind the fans, in a swift run.

An Instagram user who goes by the handle @ofcaldub_japan also shared a similar video.

While some netizens criticized Richard’s move, others were quick to defend his action. Taking from the comments, after an Instagram user by the handle @indaygypsyp called out Richard’s run and described him as “diring-diri sa fans” (feeling disgusted of fans), the actor’s fans dutifully spoke in his behalf.

Altogether, the fans reminded the bashers of how warm the actor had always been to his supporters. His defenders also said that his running away was brought about by the crowds’ uncontrollable mania, and that the situation could have been messier if he stayed longer.

Alden Richards is currently one of the hosts of the long-running noontime show “Eat Bulaga”. Together with on-screen partner Maine Mendoza, their successful team up has helped raise the show’s ratings to phenomenal heights. JB