Rivalries have always been a constant phenomenon in showbiz and inevitably, artists and fans alike usually get influenced, and divided, by the never-ending competition.

But recently, Vice Ganda proved that network wars cannot go between the real people in the shows that the networks pit against each other. Vice Ganda, who is with the Kapamilya network, gamely took a photo with Kapuso network’s Alden Richards.

At the recently concluded 48th Guillermo Mendoza Box Office Entertainment Awards, Vice Ganda was able to take the selfie shot with Richards. Vice Ganda uploaded the photo just a few hours ago via his Instagram stories.

The comedian could not help but shout out how “gwapo” (handsome) Richards is. 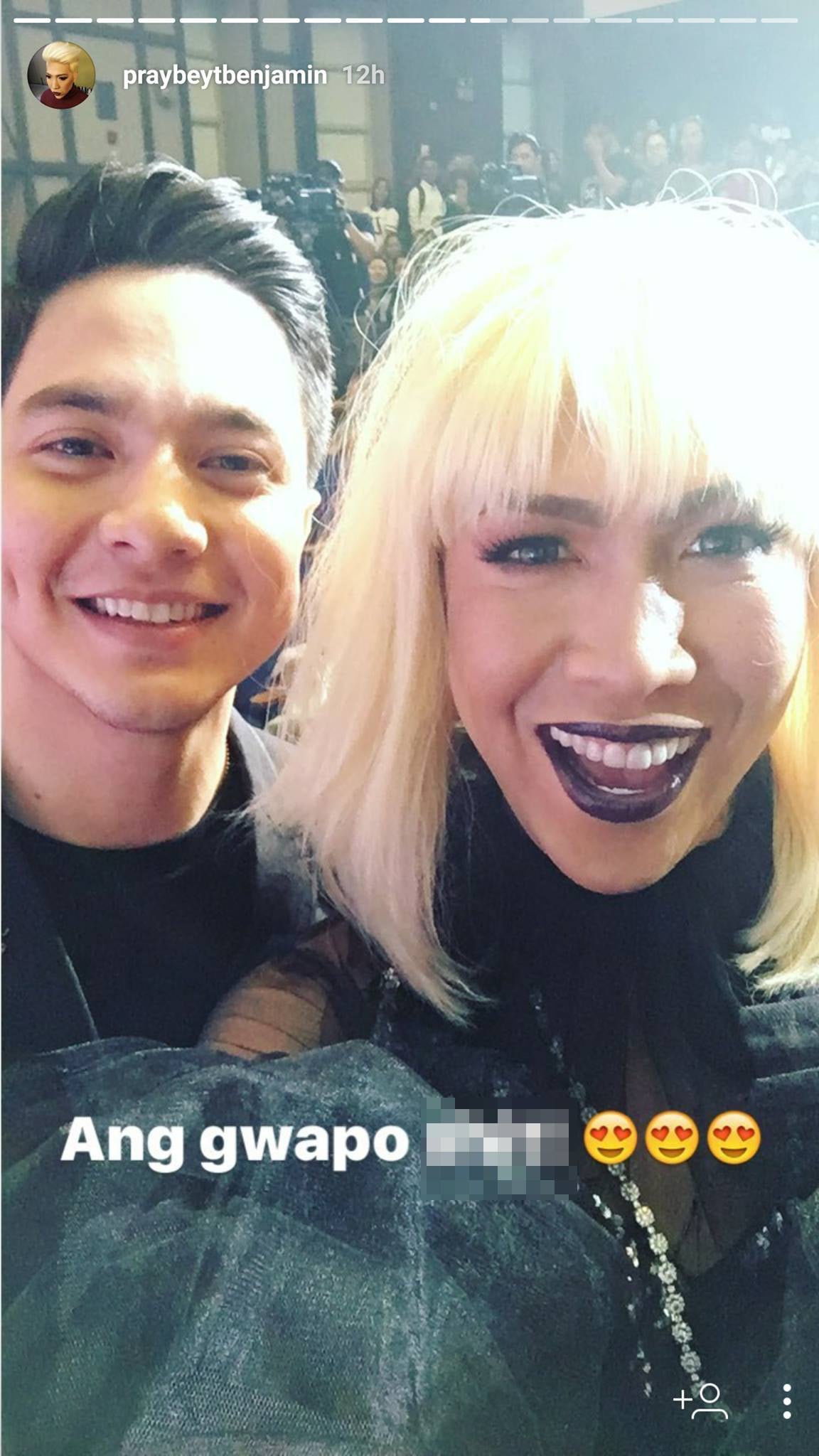 Vice Ganda and Richards belong to rival noon time shows, “It’s Showtime” and “Eat Bulaga”. The two shows have always been in a tight ratings battle against each other, but it was in 2015 that “Eat Bulaga” reached skyrocketing ratings, thanks to the AlDub kalyeserye love team of Richards and Maine Mendoza.