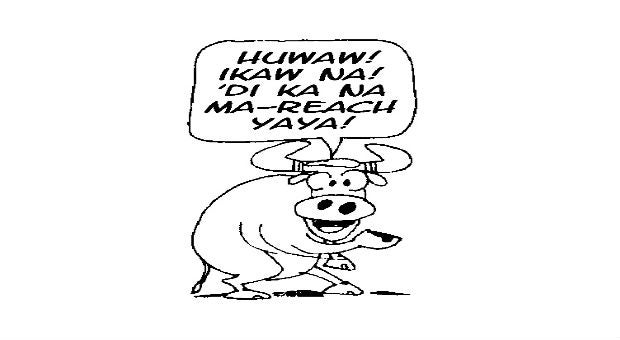 A popular, fictional “love team” between celebrities Alden Richards and Maine Mendoza, aka Yaya Dub, that has hooked millions of noontime television viewers, is spelling profits for the broadcast network, GMA Network Inc.

AlDub, a play on the names of Richards and Yaya Dub, was introduced in July and has lured viewers because of the “unscripted” interactions between the two, who have yet to meet.

The show’s narrative, mainly presented via a split screen, has also drawn a strong following online.

Various articles have been published seeking to explain the popularity of AlDub.

GMA said it ended August with an even bigger margin in Mega Manila, where it led across all areas, with 42 percent in household share. It was higher than ABS-CBN’s 28.4 percent by 13.6 points and TV5’s 7.9 percent by 34.1 points.

TV ratings matter because they partly dictate how advertisers, the major revenue source of TV shows, allocate billions of pesos in ad spending.

Urban Luzon and Mega Manila are key areas as they account for 77 and 59 percent, respectively, of all urban TV households in the country.

Also on Wednesday, ABS-CBN said its TV market share in August was at 45 percent against GMA’s 35 percent, based on data from Kantar Media.

ABS-CBN said it remained strong in the coveted prime-time block with its national audience share of 52 percent against GMA’s 29 percent.

“The prime-time block is the most important part of the day when most Filipinos watch TV and advertisers put a larger chunk of their investment in to reach more consumers effectively,” ABS-CBN said.

ABS-CBN has also diversified into mobile and online platforms and claimed it has lured viewers to these areas.

The company said video-on-demand and live streaming service iWanTV received a total of 83.8 million page views in August, up from the previous month’s 81 million views.