Jake Gyllenhaal wants to be a family man 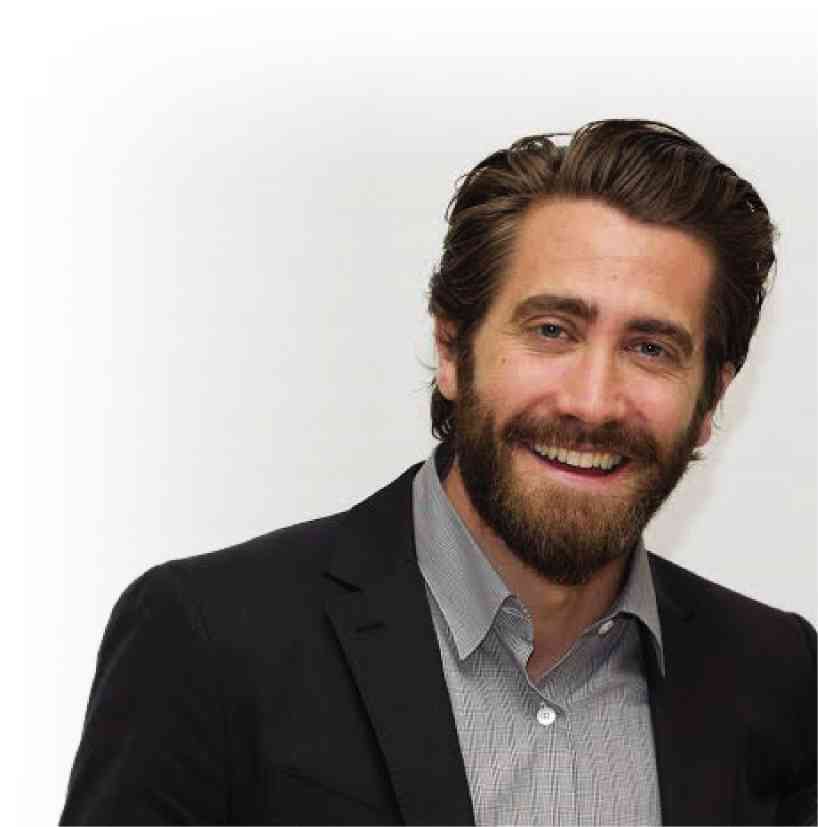 LOS ANGELES—There has never been a better time to be Jake Gyllenhaal. After his acclaimed performance as an ambulance chaser in last year’s “Nightcrawler,” for which he earned a Golden Globe best actor nod, Jake is generating buzz again this year for his portrayal of a boxer in “Southpaw.” And now, his “Everest” has the honor of opening the Venice Film Festival, the world’s oldest film fest (ongoing in Italy until Sept. 12).

Jake will be seen next in “Demolition,” directed by Jean-Marc Vallee (“Dallas Buyers Club”). He’s slated to shoot “Nocturnal Animals,” the second directing stint of designer Tom Ford (his first, “A Single Man,” was well-received), and Antoine Fuqua’s “The Man Who Made It Snow.”

The following are excerpts from our chat with Jake, who sported a beard, looked dapper in a jacket and was genial as usual.

These climbers are very passionate, but do you think they are selfish in a way?

I just saw “Meru” (a documentary on three elite climbers’ attempt to climb Mount Meru in India). You know that moment when Conrad (Anker, one of the climbers) is up there for the second time and when Renan (Ozturk, another climber) does not tell his girlfriend that he is leaving because she is worried about him? There are these moments when who we are as individuals and our goals and needs will eat at us and take away from our life and end up outweighing other relationships.

It’s not a question of being selfish or not selfish but in the world of extreme sports, there’s a sense where you have to know who the person you are with. A lot of spouses, men or women, know the most intimate parts of these people. They do understand for most of the time why they (spouses and partners) are doing it and letting them do it.

I don’t think it’s about selfishness. It’s about being human. We all have things that we love and want to do. When we are held back from them, how much do you compromise until you compromise yourself? 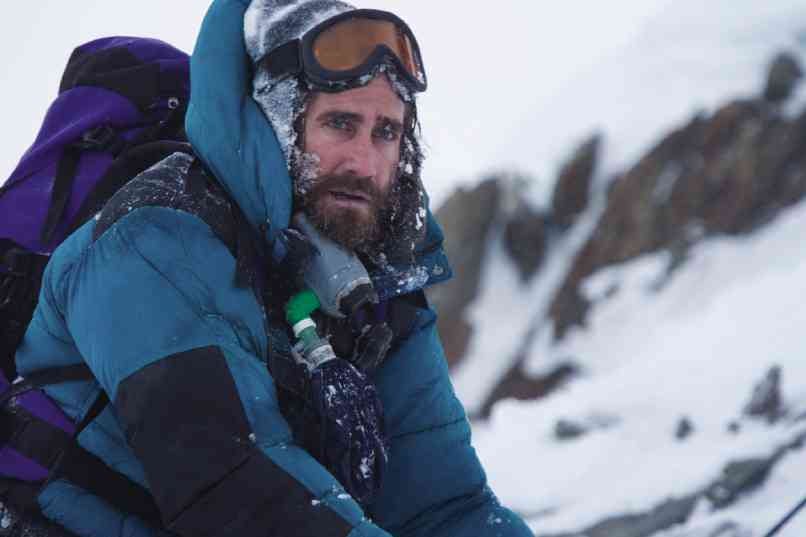 JAKE Gyllenhaal plays a climber in “Everest,” opening film at the Venice fest.

Would you be able to climb the Everest?

They say that Everest is not the most difficult climb in terms of skill level but I think it tests your patience. I would have a hard time staying there for three months, acclimatizing to the space. People climb that all the time, being guided. The ropes are there. They know where they are going. It’s very different from what it was in 1996. It’s a totally different world.

So for me, it’s the internal questions. I don’t think Everest is one of my goals.

This movie and “Southpaw” deal with the conquest of fear. How do you deal with fear? What are you scared of in life?

I am probably most scared of not living. Dishonesty in myself and in other people frightens me. Physically, sometimes I am afraid of heights. There are guys who can climb without shaking. I lose my physical ability just hanging off of a rock.

You’ve had relationships with many actresses.

That is not true (laughs)!

Is it an occupational hazard?

Let me just state that I have not worked with them. There are obviously so many extraordinary, charismatic and beautiful people in the business of entertainment. That is inevitable and alluring in so many different ways.

But for me, if you grow up in this business and you have that opportunity, I want to make a great movie—that’s all that matters. I am guilty of a number of things but not that (laughs).

You are in your mid-30s and very successful. Personally, how are you?

I talk about how much I like the craft of acting and stuff. But nothing gets me more excited than thinking about being able to have a family and to be a father and husband. There is no other purpose I can see in the world than that. Life for me now … the past six months have been pretty much a lot of work.

I have actually been here in LA, which is nice, spending time with my dad. I haven’t been able to spend a lot of time with him over the past few years. We spend a lot of time together. It’s just been really nice. I have a lot of movies coming out. When I have the time, I spend it mostly with my family. Over the past year, my sister (actress Maggie Gyllenhaal) and I have become even closer than we were before.

Does she give you advice about women or relationships?

No, she doesn’t give advice. Maybe you should tell her that she should give me advice (laughs).

Looking back, what was it like for you to be on the Cannes jury this year? What did you learn about yourself?

That was life-changing—to be with, particularly, Guillermo (del Toro) and the Coens (Joel and Ethan) and all the other amazing artists and filmmakers on the jury. I mention them (Del Toro and the Coens) because they have the wisdom and experience that most of us on the jury didn’t have in the same way.

The Coens were like this figment of my imagination because of their stoicism. Even when you are in a press conference with them, they just seem like they hold the answer to the universe somewhere. They just sit there and you are like, they must know everything.

The biggest thing that I took away from being on the jury was they sat us down and they said, “We don’t want to hear anything negative about movies. I am sure this is fun and interesting for you guys because what we are here to do is to find the thing we love the most, the thing that checks the boxes for all of us, not just one of us, but for all of us.

“And yeah, there will be compromise and there will be things that we don’t necessarily all agree on but we don’t want to sit here in a room for hours, talking about what we don’t like. That’s easy. It’s easy to destroy but it’s a lot harder to create.”

I walked away from that jury with a perspective of not only on movies, making and watching movies but also on life, interactions with people, which are the more negative or destructive ideas and that’s the easy stuff. You can tear down a house in an hour but it takes years to build. So after that discussion, I watched every movie with a different eye.

Even if it was like, I love how she (an actress in a film he was watching) moves her hand. All of a sudden, I started to pull creativity from movies. I went, I want to move my hand like that. I am going to put that in a bucket somewhere or look at that button.

Guillermo is incessantly positive about creativity, craft and filmmakers and how f***ing hard it is to make a movie. He admired the influence that people have on filmmakers. I was mesmerized. After watching a movie, I’d go, “Man, I don’t know.” He would be like, “No, let me show you this and look how they did this and this …”

So it was constantly positive. I was like, I am so excited to go into the next movie I will do because that’s how I will go into it. Every movie and the painful things—there is something in there that’s going to be positive.

(E-mail the columnist at [email protected] Follow him at twitter.com/nepalesruben.)