Gerald Anderson on working with Filipino soldiers: 'They're happy to be in the set instead of in the battlefield' | Inquirer Entertainment
Close
menu
search

Gerald Anderson on working with Filipino soldiers: ‘They’re happy to be in the set instead of in the battlefield’ 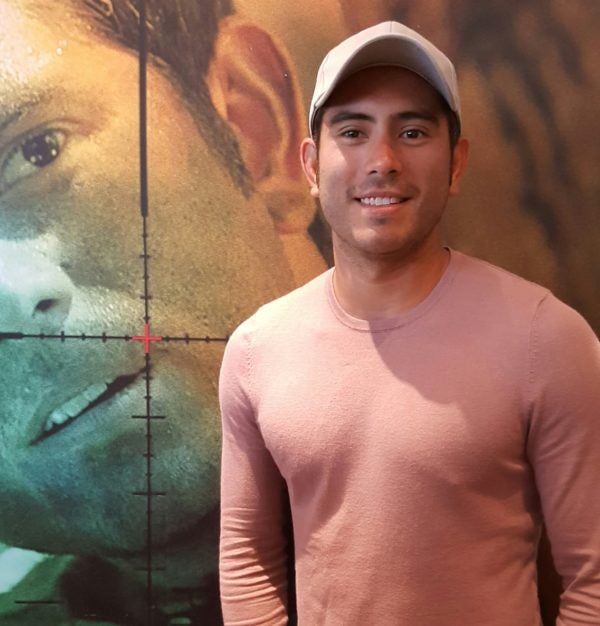 Deviating from the usual romantic comedies, Anderson this time plays an expert army sniper who goes on a quest to protect his family from a man who masterminded an attempt to kill him and his loved ones.

The movie is sincerely dedicated to the brave soldiers who risk their lives for the country. To better portray their situation, the cast trained with actual combat men who face death every day in the battlefield.

(I offer this movie to the soldiers, they were with us when we made this film. Their joy while shooting the film was so evident, it’s as if they were happy to be in the set instead of in the battlefield. It feels like we were able to give them a little rest, a short breather. It makes me happy.)

With real soldiers on-board, the movie’s conclusion also meant the end of “peace time” for them. As they return to battle, their soldier duties come back into play, and so does the reality of death.

(We trained with the military, we were with the special forces, the scout rangers, everyday. Two of the soldiers we were with during training already perished in the war in Marawi City.)

Meanwhile, the actor clarified that the movie’s plot does not at all relate to any situation in Marawi.

Perhaps another reason why Anderson fits well into his role is because he’s in the service himself. He is an auxiliary officer of the Philippine Coast Guard (PCG) with the rank of lieutenant, thus becoming officially part of the agency’s K9 Special Support Squadron.

As an actor, he aims to use his celebrity to further give attention to the soldiers. In his own little way, he serves by participating in rescue and medical missions.

Having actually served the coast guard, he shared a real encounter while on duty:

(It was in Pangasinan, we were looking for a lost person and we were able to find him. The person has a mental disorder. He was not aware of what he was doing. For two weeks, his family thought he was dead.)

Directed by Enzo Williams and produced by Skylight Films, the movies for the PPP will hit theaters nationwide from August 16 to 22. JB