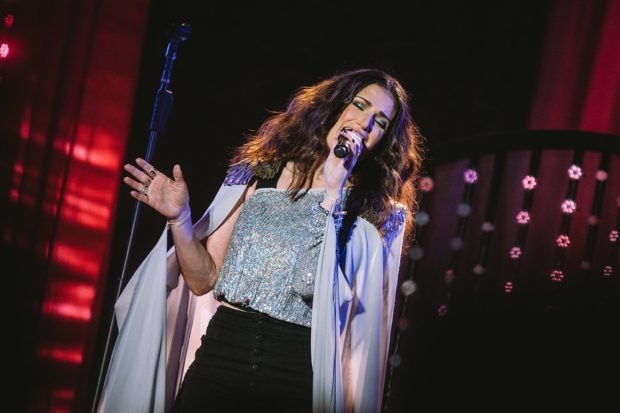 Idina Menzel was at a concert in Texas when she called on children to perform onstage.

The Broadway actress, known for her formidable voice, usually involves audience participation during her shows.

After a performance of the song “Let It Go” from the Disney movie “Frozen”, she called up onstage a boy named Luke, and asked him if he knew what song was playing.

“What kind of question is that?” he said, to which the audience laughed.

Menzel explained that the boys she encountered in her concerts would tell her they preferred Justin Timberlake songs.

Luke appeared shocked and said, “Heck to the no!” As the audience cheered, he added, “I’m offended.”

The boy proceeded to stun both Menzel and the audience as he belted the chorus to the famous Disney song.

The “Rent” star asked him to do it a second time, to which Luke blew away the crowd with his powerful pipes and added his own inflections to the song.

Start at the fourth minute to catch Menzel meeting the impressive Luke:

The boy has been identified as 11-year-old Luke Chacko and is already gathering a fanbase:

If y’all could tell me when @idinamenzel‘s Luke is on @TheEllenShow, that’d be great. Because he HAS to.

After the show, Menzel tweeted: “You blew me away Luke. #talent #courage #chutzpah”

The actress is on her second world tour where she will make stops in North America, Europe and Japan. She will be reprising her role as Elsa in “Frozen 2” which will be released in 2019. JB

10 things you need to know about Idina Menzel

Idina Menzel: From Elphaba to Elsa to CC