Idina Menzel: From Elphaba to Elsa to CC | Inquirer Entertainment

Idina Menzel: From Elphaba to Elsa to CC 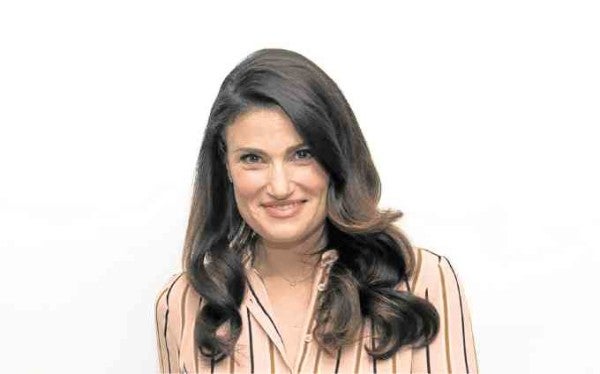 LOS ANGELES—From Elphaba, Maureen and Elsa to CC, Idina Menzel takes on the role memorably played by Bette Midler in “Beaches.” In Lifetime Television’s remake of the 1988 weeper, the actress noted for originating key roles in “Wicked” and “Rent” and the voice of a princess in “Frozen,” plays the brassy singer who gets to sing “Wind Beneath My Wings.”

Nia Long has Barbara Hershey’s role, Hillary Whitney, in the TV remake of the tearjerker movie about the friendship between two women, from their childhood to the ups and downs of their lives and careers as adults. Young CC is played by Gabriella Pizzolo, who starred in Broadway’s “Fun Home” and “Matilda.”

Idina herself has been enjoying only an upward trajectory in her career as an actress and singer.

Since singing the Oscar-winning phenomenal hit, “Let It Go,” composed by Fil-Am Robert Lopez and Kristen Anderson-Lopez for “Frozen” (she will return as the voice of Elsa in “Frozen 2”), she released several albums, maintained a busy world concert tour (she performed in Manila in 2015) and returned to Broadway via “If/Then.”

The performer, also noted for such songs as “Defying Gravity,” “Take Me or Leave Me” and “For Good,” is engaged to actor Aaron Lohr. She has a 7-year-old son, Walker Nathaniel, with Taye Diggs, whom she divorced in 2014. 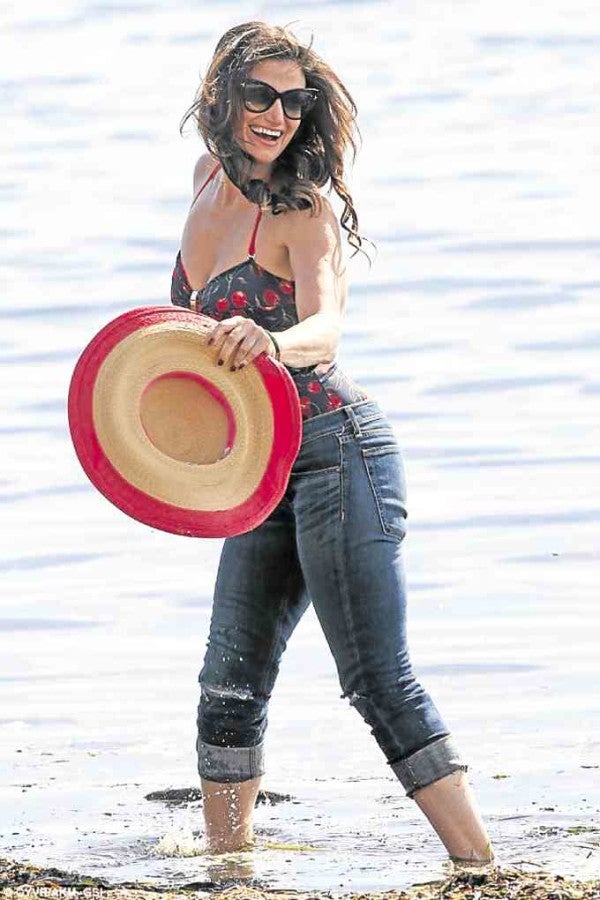 When did you see “Beaches,” for the first time? I saw the film in the movie theater with my two high school best friends in the ’80s. We cried our eyes out together, then I proceeded to sing “Wind Beneath My Wings” for the rest of my life (laughs). I was a wedding and bar mitzvah singer. The song is probably one of the most requested of all time, so I sang it all my life. “Beaches” was a nice way to come full circle for me.

In which way do you feel you made this “Beaches” not just a copy of the original? The music was a good opportunity to make it my own because, while we kept some of the very iconic songs, “Wind Beneath My Wings” and “The Glory of Love,” Lifetime gave me the opportunity to bring some of my own music. Included is a song that I cowrote in my album, which just came out, and there’s some other music in it.

When you wake up in the morning, is singing one of the first things that you do? Every morning, I wake up and go like this hmmm (hums), just to see if it (voice) is there (laughs). Because I live with the fear of getting sick and having to go onstage and not be at my best.  Growing up and having more experience, I have also learned how to deal with that and not let it dismantle everything that I’m doing.

I am well aware that my voice is in every part of who I am. I’m interesting without my voice. But it’s hard to remember that, especially when you’re singing in front of thousands of people, you hit a bad note and you have a cold, and it gets in the way.

So, I go on extremes. Sometimes, my life is full of music, and I am always singing. I’m singing to my son, then I am singing in the studio. I am practicing, and I vocalize. Then, there are weeks that go by when nobody is asking me to perform. I don’t want to hear the sound of my voice at all during that time.

But I will usually pay for that because then I will go to sing in three weeks. I will go like, ugh, what happened? Then, I have to vocalize again and practice. I treat it like I’m a marathon runner, an athlete. I practice, vocalize and stretch—that’s how I treat it.

Like CC, you started working when you were very young. What impact did that have on your life? At first, my mother wouldn’t allow me to work professionally until I got out of college. So I sat with people of my age. I was in school, enjoying summer camp and having a pretty normal life. I had training lessons and traveled with a special choir.

But when my parents got divorced, I was 15 years old and I started working at weddings and bar mitzvahs. I was working hard, but I loved it. I was a professional and I was out there on a Friday or Saturday night, driving illegally to these gigs, making a paycheck singing. To me, that was success.

My first professional theater job was “Rent.” I was 25 years old, which I still think is young, especially when fame happens to people of that age.

My experience with “Rent” was that we lost our composer, Jonathan Larson, on the night of our dress rehearsal. He was 35 years old.

So that gave me a perspective going forward at the beginning of my career that you can never take things for granted.

Every time you go onstage or whatever you do to create, it means something. And you are communicating someone’s words and music.

Did your son inherit your voice? He did, but he’s got that weird thing. He doesn’t want to draw attention to himself, because mom and dad are probably annoying. He hates “Let It Go,” princesses (laughs), tells me I am embarrassing him when I start to sing.

I am like, “That Dinosaur toy you got, mommy bought that with her money from this cool movie that I was in (laughs).” He’s 7. When he tries to show off to another 7-year-old girl, then he says, “Do you want my mommy’s autograph?  She is Elsa (laughs).”

I am like, “Oh really?  Now you know who your mom is (laughs)!” His voice is beautiful. We watched “Oliver!” the old musical. You know how in that musical, the boys have really high voices. I have to trick my son into singing “La la la…” He’s got perfect pitch, but he doesn’t want to bring attention to himself yet.

You were an integral part of two of the greatest musicals in the history of Broadway, “Rent” and “Wicked.” What are your most cherished memories of being in them?  Some of my most treasured memories are standing by the piano with the composer, either Jonathan Larson (“Rent”) or Stephen Schwartz (“Wicked”), right when they have come up with a new song when maybe something wasn’t working. They have replaced it, saying, “This is the new song for Act II, and I wrote it last night. What do you think? I am going to teach it to you.”

I am honored to have that privilege of being in their studios. They call and say, “Before we go to rehearsal, I’m going to play you the new song.” To be allowed in their creative sanctuary, then to see it come to fruition and see those songs touch people in the way they do…I think of those moments. I look back at the origin of characters that have gone on to touch so many people.

I have families from both of those shows. There’s nothing like the theatrical community. Everything else is a little more solitary—going in the studio, recording the song, driving around your car in LA. Film or television isn’t the same as putting on a show. The people in those shows are my friends forever.

Have you been told that you resemble Penelope Cruz?  I have been told that by most of my gay male friends (laughs). They usually tell me I look a little like Penelope, and I love that so much. I’m flattered because I think she’s very beautiful.