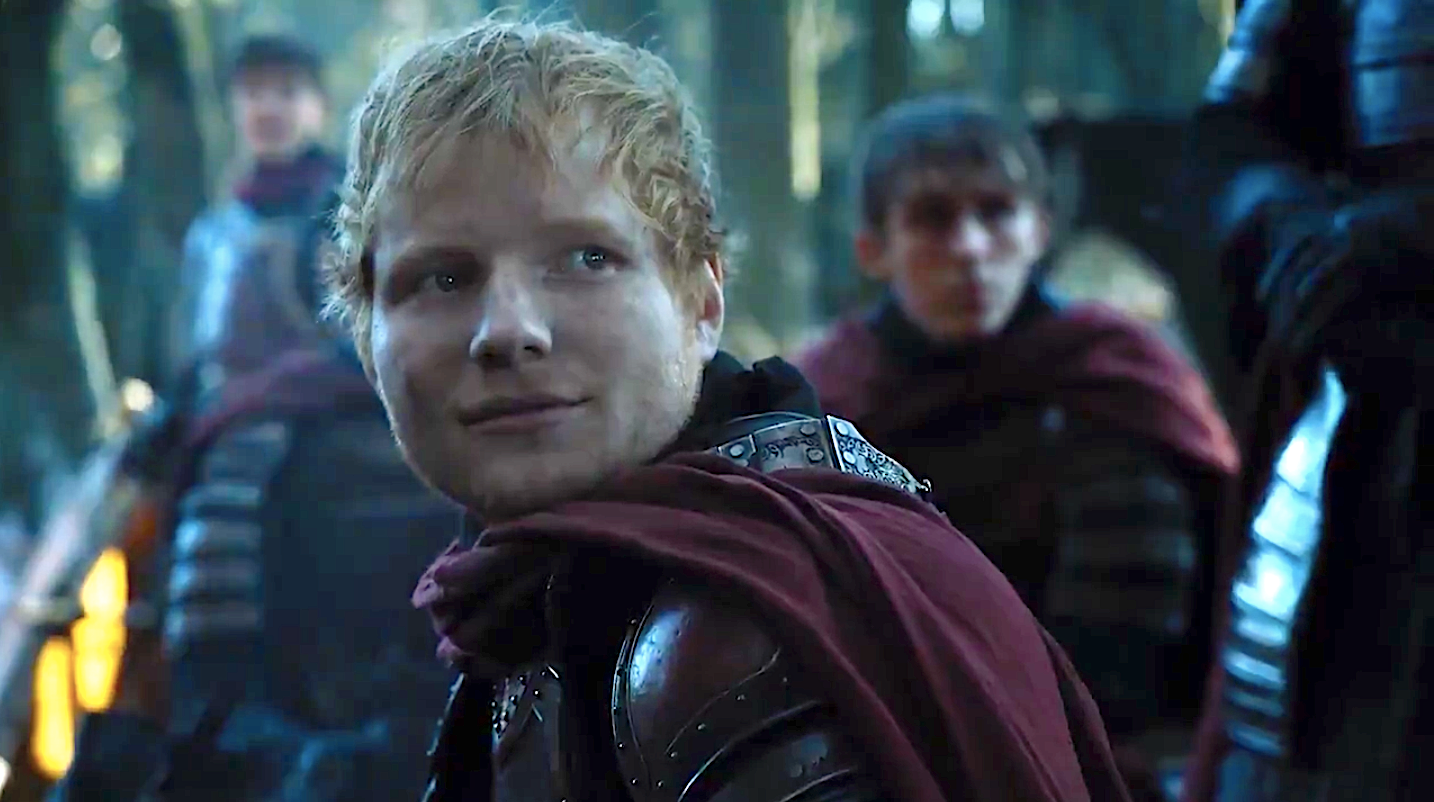 When acoustic singer Ed Sheeran agreed to appear in an episode of the hit fantasy drama “Game of Thrones” for only a few minutes, he probably didn’t expect the intense backlash.

Alas, fans were deeply troubled by his cameo, blaming him for ruining their suspension of disbelief.

He appears in one scene where Arya Stark (Maisie Williams) chances upon him and a band of soldiers while he performs a folk song that was lifted from the book.

FYI, part of the reason why the producers booked Sheeran is because Williams is a huge fan of his (let’s all agree he should be a fan of hers as well).

See the scene for yourself here:

*SPOILER ALERT*
“That’s a pretty song. I’ve never heard it before.”
Watch @EdSheeran​ in the premiere episode of #GoTS7. pic.twitter.com/YbADfWqng1

Maybe it didn’t help that apart from his costume as a soldier, not much was done to change Sheeran’s appearance, including his messy orange hair.

There’s also the odd line, “It’s new,” that makes him sound like he’s selling a record in Westeros.

However, reactions were quite extreme, and for a while Sheeran left Twitter allegedly due to the backlash, though now he has returned.

The show’s director Jeremy Podeswa came to this rescue in a Newsweek interview: “I think Ed did a lovely job—he’s a lovely actor and a lovely person.”

Podewsa cited the reason behind the casting choice: “He was appropriate for the part because he needed to sing. If people didn’t know who Ed was, they wouldn’t have thought about it twice. The hoo-ha seems to be from things that are outside of the world of the show. In the world of the show he did a lovely job, and he looks like he belongs in that world.”

He describes Sheeran as “genuine” and “down to earth,” and is disappointed that there are negative comments hurled towards the Grammy award-winning singer. “He came into this with only lovely intentions to come and do a good job and sing well.”

There have been calls for Arya to include Sheeran in her kill list. It isn’t outside the realm of possibilities; anything can happen in “Game of Thrones” so we don’t even know if he’ll make it through the season.

Another thing fans can do is pay more attention to the song—the series is known to foreshadow important events in small details. Niña V. Guno/JB