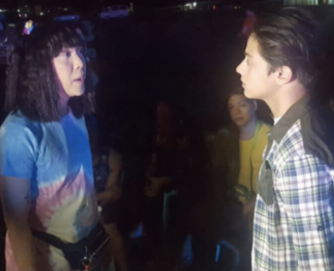 Fans are in for yet another hilarious treat from Vice Ganda, as the TV host-comedian has officially started shooting for his film with Daniel Padilla, “The Revengers”.

In a series of recent posts by @twbaofficial on Instagram, cast members Wacky Kiray and Padilla’s mom Karla Estrada, were shown in the shoots as well. 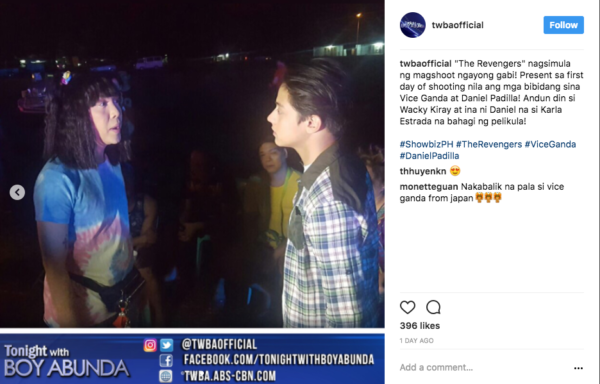 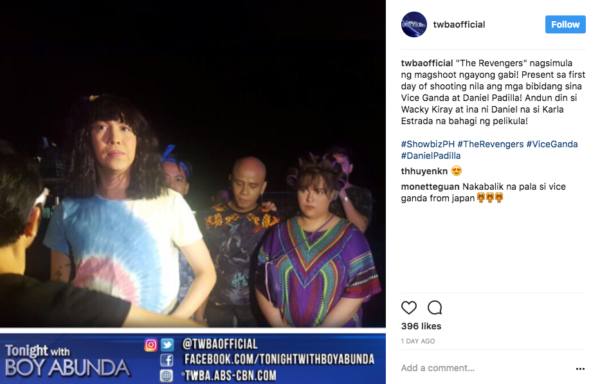 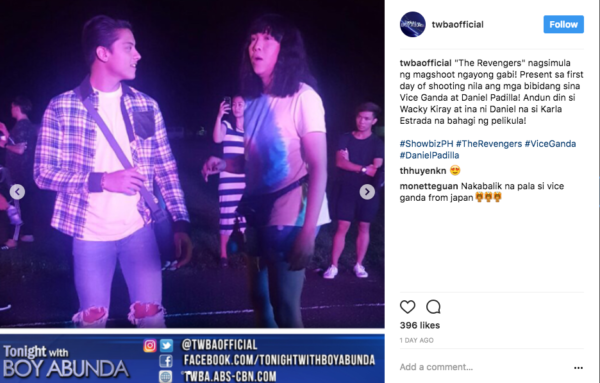 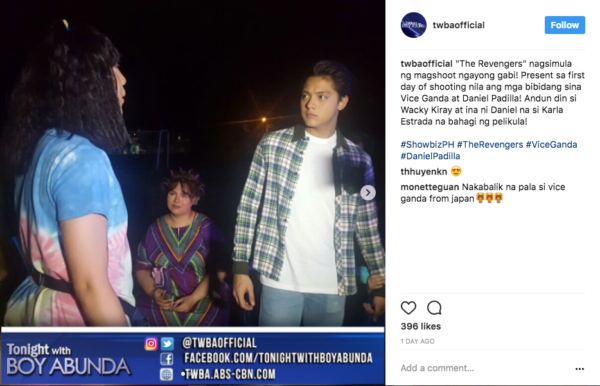 The cast includes Miss Universe 2015 Pia Wurtzbach. “The Revengers” will be the former beauty queen’s much-awaited comeback into acting, since her teeny bopper roles in ABS-CBN shows like “K2BU”.

The movie was chosen as one of the first four entries officially slated for this year’s Metro Manila Film Festival, alongside “Ang Panday” (with Coco Martin), “Almost Is Not Enough” (with Jennylyn Mercado and Jericho Rosales) and”Love Traps: #Family Goals” (with Vic Sotto and Dawn Zulueta).

This year’s MMFF has already been marked by controversy, after execom members of the festival resigned following the announcement of the said four films as part of the festival lineup.