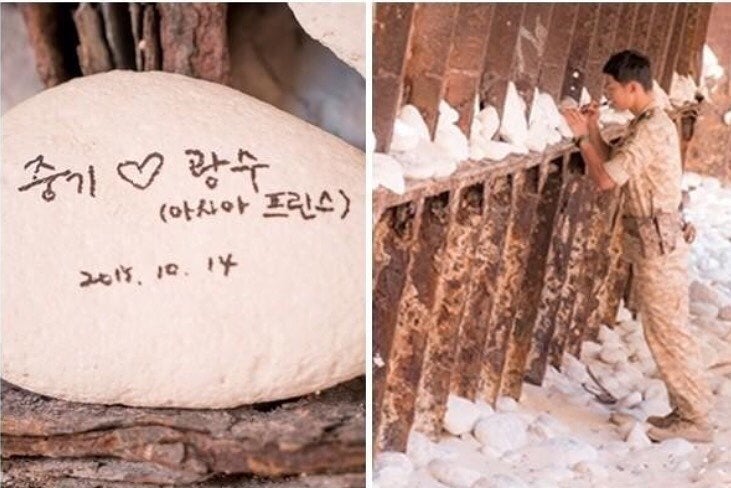 Korean actor Lee Kwang-soo is up to his usual antics when he took to social media to post a humorous reaction about the soon-to-be-wed stars Song Joong-ki and Song Hye-kyo, also known as the Song-Song couple.

Lee Kwang-soo stitched together two photos and uploaded them on his Instagram account. One photo showed a rock with writings on it and another with Song Joong-ki writing on said rock.

Kwang-soo had a cameo role on the first episode of the Korean drama “Descendants of the Sun”, which starred Song Joong-ki and Song Hye-kyo. While filming the show, Joong-ki wrote the message on the rock for his very good friend Kwang-soo.

Joong-ki and Kwang-soo first met on the set of the variety show “Running Man” in 2010. Both were part of the regular cast. Joong-ki later left the show on its 41st episode, but his good ties with Kwang-soo remained, the two maintaining a brotherly friendship.

#SongSongCouple’s Kilig Timeline: What went before the big announcement