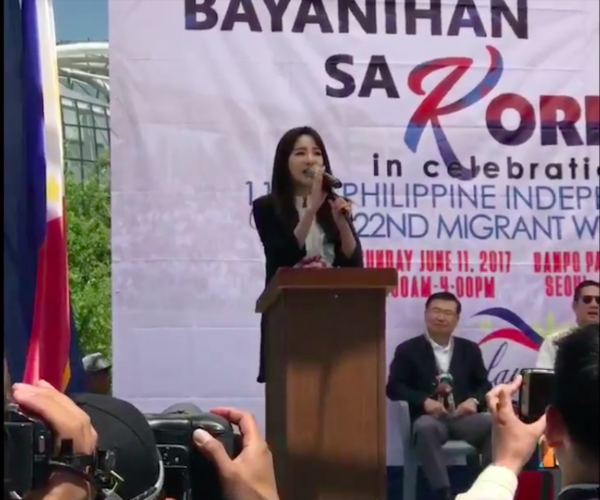 Screen grab from the video via Twitter/@WeLoveDara

The event was held on June 11 at the Banpo Park in Seoul. Philippine Ambassador to Korea Raul Hernandez was present, along with embassy officials.

She was later awarded with a plaque of recognition as a Friendship Ambassador, which also recognizes her continued promotion of the Philippines as a tourist destination.

Dara also mentions being in London last week for a shoot. Filipino fans would send their support through the staff. The staff would then tell her how surprised they were of the love and support that she gets from Filipino fans.

“Philippines will always be special to me,” Dara said at the end of her speech.

You may watch her full speech in the video below. JB