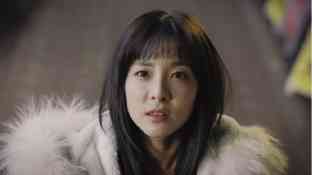 Sandara Park in “One Step”

Sandara Park insisted that she has not had a boyfriend in years. Yes, there were “MUs” here and there, but she “was not brave enough” to take any of those to the next level.

During her time with 2NE1—the hugely popular K-Pop girl group that disbanded last year—her contract stipulated that she could not get into romantic relationships. She was worried about possibly getting reprimanded by her bosses and teachers at YG Entertainment.

“So, I was like, ‘OK, fine, no boyfriend!” Sandara quipped at a recent press conference for the Korean movie “One Step,” which opened last May 10 in local cinemas.

But now that she’s free to do as she pleases, she still has no time to go dating. The 32-year-old pop star said she was happy to focus on her career and spending time with her … cats.

“I have gone lazy about my love life! I do not have a strong desire to have a boyfriend right now, unlike when I was in my 20s. Plus, it is going to be difficult with my very cute cats around. I have a tough time leaving home,” she said.

Still, rumors pop up once in a while. There’s gossip alleging that Sandara was the reason Robi Domingo and Gretchen Ho recently broke up. She’s also being linked to singer-rapper Kwon Ji-yong—or G-Dragon—the leader of the boy group Big Bang, which is likewise managed by YG.

Sandara cooly dismissed both issues. “I have heard about the rumor [about Robi and I], but that isn’t true. We’re good friends, that’s it. These things aren’t good to hear, because it could affect our friendship,” she said.

As for G-Dragon, Sandara said she saw him more “as a brother.”

“I have known him since 2004—totoy pa s’ya noon,” she related. “I am not sure [how the gossip came about] … because we are not doing a film or any project together. Just the same, I am thankful to all our followers.”

What is Sandara looking for in a future boyfriend? “I want to meet someone who has the same interests—fashion, music and cats—so that we will have something to talk about. In terms of looks, I prefer someone slim, cute. I do not like overly muscly guys, because I’m petite—feeling ko, hindi bagay!” she said, giggling.

Directed by Juhn Jai-hong, “One Step” is Sandara’s debut Korean film; it is also her first since “Super Noypi” in 2006. She plays Si-hyun, a woman who loses all her memories after figuring in a car accident, and is afflicted with a condition called “colored hearing—a type of synesthesia in which heard sounds involuntarily evoke an experience of color.”

Although this is her first lead role in a Korean film, Sandara is not feeling too pressured. What is important is that she has made that crucial step toward her goal of doing more acting projects.

“It’s a small movie, but I am so happy I did it,” said Sandara, who also hopes to pursue a solo career in music.

With 2NE1, acting was limited mostly to music videos. But thankfully, Sandara said, all her experiences in the Philippines served her well.

“I was nervous at first, because I thought I had already forgotten how to act. But it’s still there. All the movies and TV shows I did back then helped me a lot,” she said.

Sandara, who enjoyed a meteoric rise to fame in local show biz after finishing first runner-up in the reality talent search, “Star Circle Quest,” in 2004, has been based in South Korea for the past 10 years, but is always open to work opportunities in the Philippines. After sitting as a judge in ABS-CBN’s “Pinoy Boyband Superstar” competition, Sandara said a movie under Star Cinema is not too far-fetched.

“If I were to choose my partner, it would be John Lloyd Cruz. Maybe we can do a romantic comedy,” she said. “While I have been seeing a lot of new faces, I think they are too young for me!”