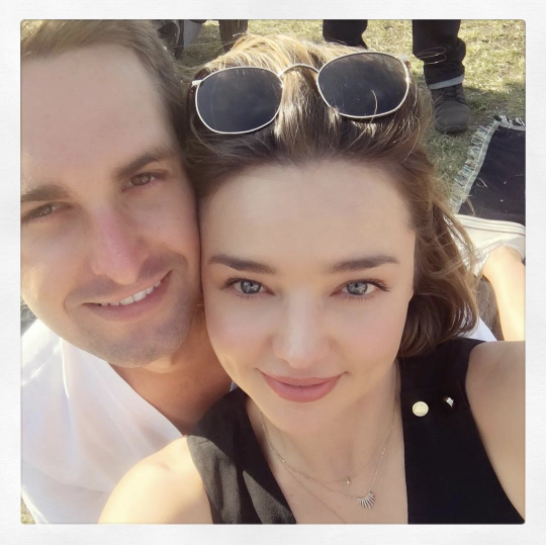 The small wedding, adorned with classy pale pink roses, was attended by at most 50 guests, reports Hollywood Gossip. When they exchanged vows, both were said to be in tears.

Kerr’s family and son Flynn attended the garden wedding at the couple’s $16 million Brentwood mansion, according to Australian media outlet News.com. The 34-year-old model was previously married to British actor Orlando Bloom, who is Flynn’s father.

The Australian beauty and the 26-year-old Spiegel were engaged last July 2016 after dating since 2015. They moved into the seven-bedroom home last year which had been owned by Hollywood actor Harrison Ford.

Kerr announced their engagement through no less than social media app Snapchat:

According to Forbes, the young CEO is reported to be worth $2.1 billion. He founded Snapchat when he was still a student at Standford University, which he left before finishing his degree.

Despite their age gap, she also said in an interview with Net-a-Porter that he acts mature for his age: “He’s 25, but acts like he’s 50. He’s not out partying. He goes to work in (LA’s) Venice. He comes home.”

She also said the two were home buddies: “We don’t go out. We’d rather be at home and have dinner, go to bed early.” 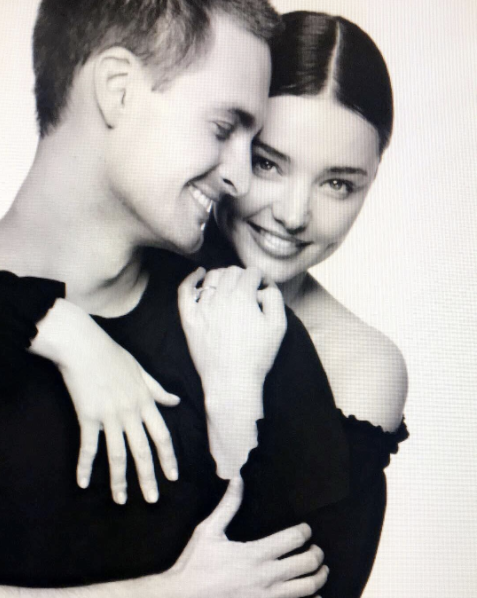 While Kerr is one of the top-earning models worldwide, she still takes business advice from her new husband: “We spend hours talking about everything. He listens to me and he understands me. He works very hard and he’s proud that I’ve started my own business. He gives me tons of advice.” Niña V. Guno/JB