Liza Soberano's camp on her being Darna: 'No confirmation yet' | Inquirer Entertainment
Close
menu
search

Liza Soberano’s camp on her being Darna: ‘No confirmation yet’ 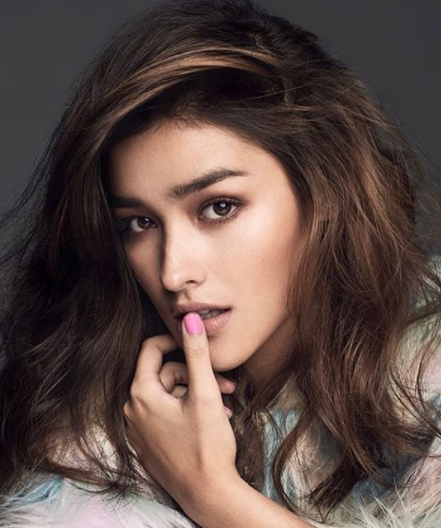 Clamor for Liza Soberano to be the next Darna is growing more intense now more than ever. But her manager Ogie Diaz said there is “no official confimation yet” if indeed the young actress will take the role of the Filipina heroine.

In an exclusive phone interview with Inquirer.net today, Diaz said that should the role be given to Soberano, the actress and her camp will surely be taking it with open arms. But until a decision is announced by Star Cinema, Soberano and her supporters can only keep their hopes up.

(It is not us who’s supposed to make such announcements… If ever Liza will be chosen, we will embrace it with open arms, but [just like everyone else], we are also just waiting.)

Meanwhile, Star Cinema’s Monch Navales, who also co-manages Soberano also neither confirmed nor denied if indeed the actress will fly as Darna.

In a text message sent to Inquirer.net today, Navales said he has “no information from management yet. I wouldn’t know who’s playing Darna.”

Soberano’s name tops the roster of women who have been considered to play the Filipina heroine. Kathryn Bernardo, Jessy Mendiola, Nadine Lustre, Pia Wurtzbach and Sarah Geronimo were among the other names that figured into the list.

Angel Locsin, who was originally supposed to reprise her role as Darna, officially backed out from the project due to health reasons. Considering the public support given her to play the role, will the Kapamilya network finally give in and declare Soberano as the next Darna? JB

LOOK: Beauty runs in the family for Liza Soberano