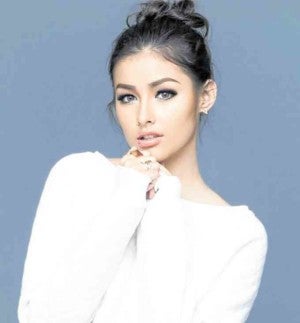 Hers is perhaps the face that can launch a thousand ships, but Kapamilya young star Liza Soberano sometimes feels that being beautiful is more of a liability than an asset.

At a recent blog conference held for her upcoming Star Cinema Valentine offering “My Ex and Whys” last Friday Soberano opened up about the downsides of being “too beautiful.”

Recently, the trailer of her movie with love team Enrique Gil went viral due in part to her ironic line “Pangit ba ako?” which set netizens abuzz. How could someone as beautiful as Liza Soberano utter such words!

She was asked if there were times when she felt her beauty was the only thing people appreciated about her.

“To be honest, I always fee that, all the time. And sometimes it gets to a point when it starts hurting me. Yun na lang ang pinapansin (That’s all that they notice) and yet I try so hard to prove that I’m not just that but still they can’t see past that,” she shared.

She cited, for example, the dance numbers she does and how people make her feel when her performance is less than perfect.

“I know I’m not the best dancer out there but you know…[after] the number I did, lalapit sila sa’kin sasabihin, okay lang yan, maganda ka naman eh (they would approach me and say, ‘That’s okay, anyway you’re beautiful), so it’s like saying okay lang ‘wag ka na magpagod maganda ka naman, eh (that’s okay, don’t take such effort, you’re beautiful anyway), but that’s not all I want to be like coz’ I know I’m capable of so much more,” she said.

Soberano has been chosen by Wonderlist as the second-most beautiful woman in the world for 2016, next only to Selena Gomez. She beat Miss Universe 2015 Pia Wurtzbach, who is No. 10 on the list.