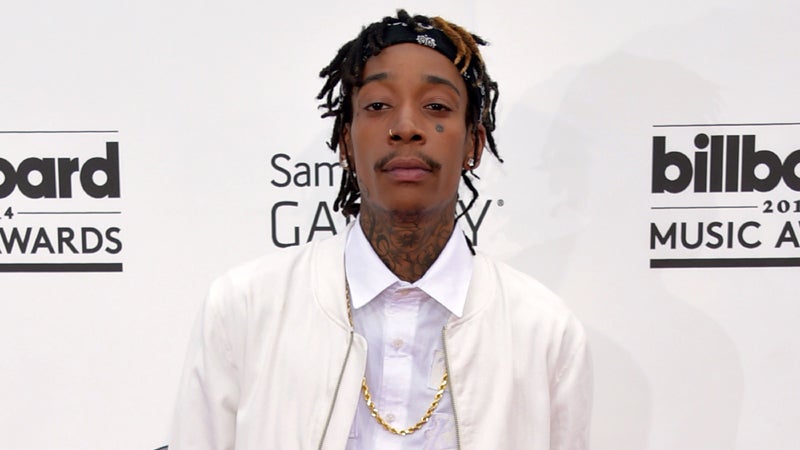 American hip-hop artist Wiz Khalifa has had his fair share of controversy throughout his illustrious music career. But his latest debacle might just be the biggest one yet, as he managed to infuriate an entire nation.

The 29-year-old rapper, whose real name is Cameron Jibril Thomaz, has received the ire of the entire country of Columbia after visiting the grave of the murderous drug lord Pablo Escobar during his South American trip.

As seen in multiple Instagram posts, the “We Dem Boyz” singer struck a pose near Escobar’s tombstone while smoking what appears to be a roll of marijuana. He also uploaded a photo of Pablo’s grave with flowers, which has since been deleted.

Columbians immediately lashed out on the Pittsburg-based rapper, reminding him of the horrors that the famed narco caused at the height of his drug empire. 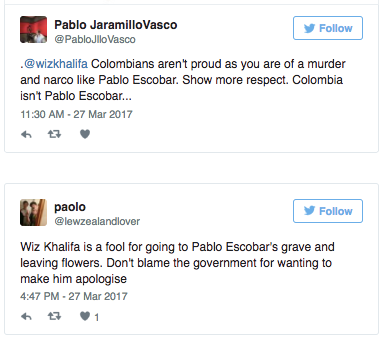 Medellin’s mayor Federico Gutierrez, meanwhile, called the rapper a “scoundrel” and demanded he apologize to the Columbian community. As of this writing, Khalifa has yet to address the situation.

Meanwhile, the Escobar-led Medellin cartel terrorized the entire nation of Colombia from the mid-1970s until the early-1990s, and is believed to be responsible for over 4,000 deaths. The drug lord was killed by members of the special unit Search Bloc in 1993. Khristian Ibarrola/JB