‘Beauty and the Beast’ dazzles again at box office 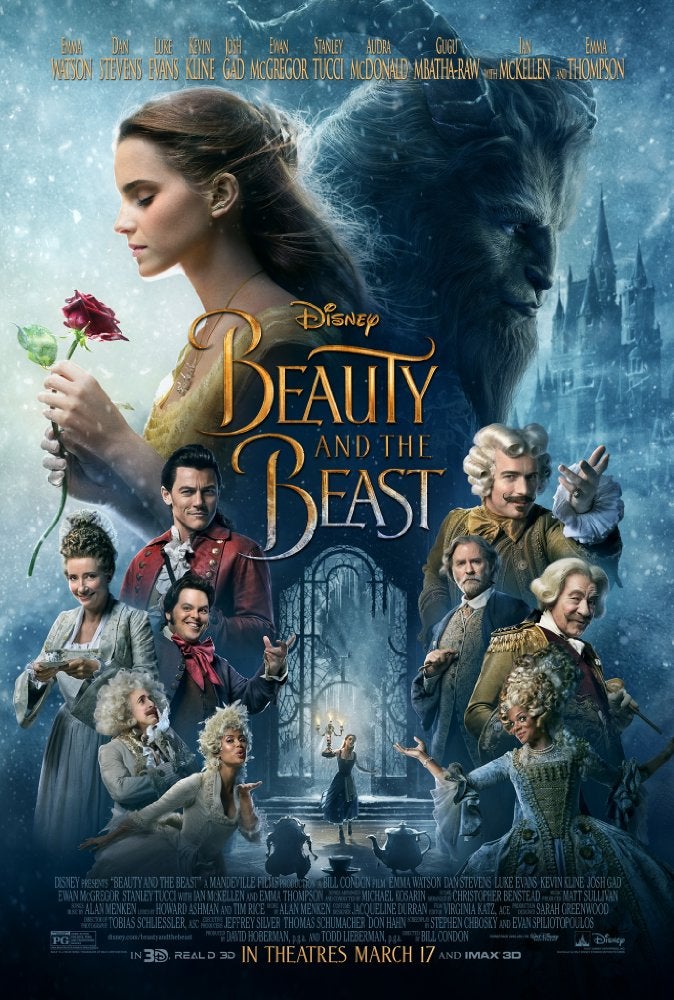 “Beauty and the Beast” 2017 movie poster via AFP Relaxnews

Disney’s blockbuster “Beauty and the Beast” dazzled the North American box office for a second straight week, raking in $90.4 million over the weekend, according to industry data released on Monday.

The film’s cumulative North American take of $319 million is the best ever for a March release, according to industry experts, helping propel domestic box offices for March past $1 billion, the most ever for the month.

The movie, starring Emma Watson of Harry Potter fame as Belle, and Dan Stevens from the “Downton Abbey” series as the Beast, has shown drawing power usually more typical of a superhero blockbuster than of a PG-rated family fare.

But the latest superhero film, Lionsgate’s rebooted “Power Rangers”, had a strong opening weekend with $40.3 million in sales, coming in second in North America and defying critics, who had called it a needless addition to a market saturated by comic book characters.

In an excoriating review in Britain’s Daily Telegraph, critic Robbie Collin said the movie’s climax appeared to have been “shot by the Hunchback of Notre Dame and edited by a monkey wearing oven gloves.”

Lionsgate may wish to keep that monkey on staff—the film is already well on its way to recovering the $105 million cost of the film.

Coming in third in weekend revenues was Warner Brothers’ “Kong: Skull Island” with a $14.7 million take in its third week. The film, starring Tom Hiddleston, Samuel L. Jackson, John Goodman and Brie Larson, tells the story of a group of explorers on a mysterious island that proves to be the frightening domain of the mighty ape.

In fourth spot was the Sony film “Life” with an opening-weekend take of $12.5 million. The movie, which has received mostly positive reviews, features Ryan Reynolds, Jake Gyllenhaal and Rebecca Ferguson as astronauts on the International Space Station facing a menacing otherworldly life form.

In fifth was “Logan,” earning $10.3 million in its fourth week out. The Fox production stars Hugh Jackman, in what is said to be his last appearance as the Wolverine character, helping a young girl, played by Dafne Keen, who has claws of her own.