Tupac Shakur: The legacy lives on 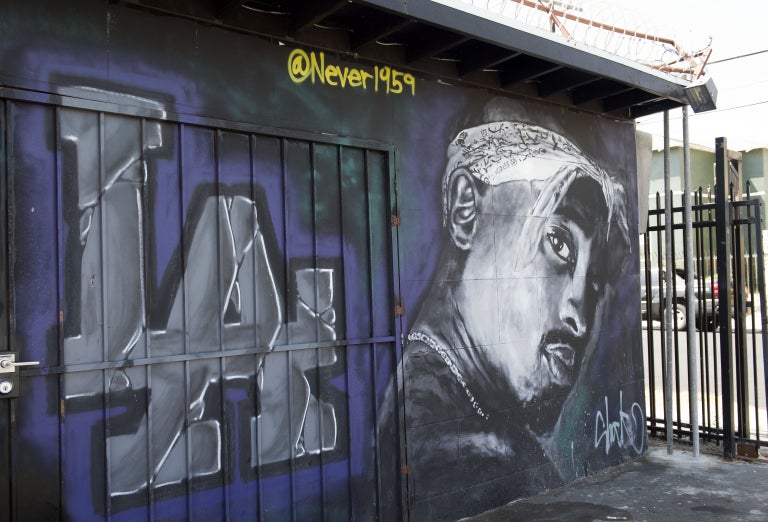 On April 7, 2017, the late Tupac Shakur will be inducted into the Rock and Roll Hall of Fame. It was announced Sunday, March 26, that Snoop Dogg—his friend, and collaborator on the song “2 of Amerikaz Most Wanted” in 1996—would do the honors.

“Tupac Shakur was one of the most dynamic, influential and self-destructive pop stars of the Nineties,” said Rolling Stone. Rappers such as Nas, Eminem and Talib Kweli have cited him as inspiration.

The American rapper was born in 1971 in Manhattan. He was named after Tupac Amaru II, the 18th-century Peruvian revolutionary who was executed after leading an indigenous uprising against Spanish colonial rule.

Both of his parents and others in his family were active Black Panther members in the late 1960s and early 1970s. Thematically, many of Shakur’s songs revolved around gang violence, racism, social injustice and the hardships of the black community. His aggressiveness was sometimes misguided, and he served jail time for sexual assault.

Shakur began his career as a roadie, backup dancer and MC for the hip hop group Digital Underground in 1990. His first solo album was “2Pacalypse Now” (a reference to the 1979 film “Apocalypse Now”), which bluntly addressed the young black male experience. The album did not generate any hits, though it featured the notable single “Brenda’s Got a Baby”. It was acclaimed by critics and fans for its underground feel, but also generated controversy for its violence and brashness.

Three studio albums followed: “Strictly 4 My N.I.G.G.A.Z…”, “Me Against The World”, and “All Eyez on Me.” His fifth and final studio album, “The 7 Day Theory”, was released under the pseudonym Makaveli (based on the Italian Renaissance philosopher and strategist Niccolò Machiavelli, who believed a leader could eliminate his enemies by any means necessary).

Shakur was entangled in an East Coast/West Coast hip hop rivalry, notably with The Notorious B.I.G. and his label Bad Boy Records. On June 4, 1996, Shakur released the diss track “Hit ‘Em Up” which specifically targeted the rival rapper and his entourage.

On the night of September 7, 1996, after attending a boxing match at the MGM Grand in Las Vegas, Nevada, gunshots from a Cadillac were fired at Shakur. He was hit four times, once in the lung. He died from internal bleeding while in the intensive-care unit, at age 25.

His murder was not solved, but his legacy has not faded. Hundreds of his unreleased tracks went onto posthumous albums. Murals are dedicated to him from New York to Brazil, and statues erected in Atlanta and Germany.

In 2003, a film entitled “Tupac: Resurrection” was released. It received a nomination for Best Documentary in 2005 at the Academy Awards. In 2012, a “hologram” of Shakur (an optical illusion created with video footage and visual effects) was used to perform songs “Hail Mary” and “2 of Amerikaz Most Wanted” with Snoop Dogg at the Coachella Music Festival.

Fans can also look forward to an upcoming biopic, titled “All Eyez on Me”, to be released in June, on his birthday. JB

Tupac: His race against time